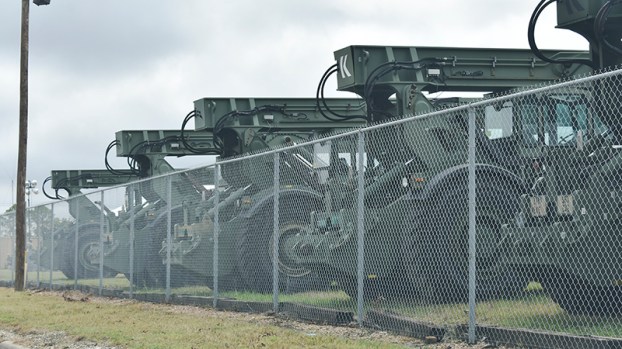 Why the increased military presence in Port Arthur? Fort Polk has some answers.

Large tents, military equipment and personnel are in town spread across different areas from the Bob Bowers Civic Center to downtown Port Arthur. 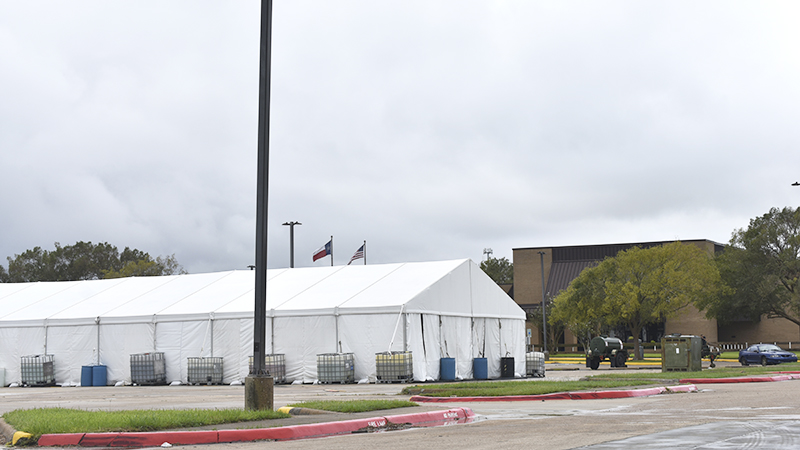 Kim Reischling, public affairs officer with Fort Polk, said the location is preparing to receive military equipment from the Port of Port Arthur and Port of Beaumont.

The equipment and the military personnel are preparing for big training exercises at the Joint Readiness Training Center at Fort Polk, located in central Louisiana. The training involves a rotation of soldiers from Fort Campbell in Kentucky.

The groups are spread out in the city. Two large white tents reminiscent of the ones Hurricane Harvey evacuees stayed in back in 2017 are located at the civic center, military equipment and soldiers were seen at a fenced in area on Seventh Street and Austin Avenue and a small number of tan tents were at Seventh Street and San Antonio Avenue.

9More military personnel and equipment were at a spot along Houston Avenue in addition to equipment at a laydown yard near the Port of Port Arthur and a parking lot on Fourth Street near the police station. 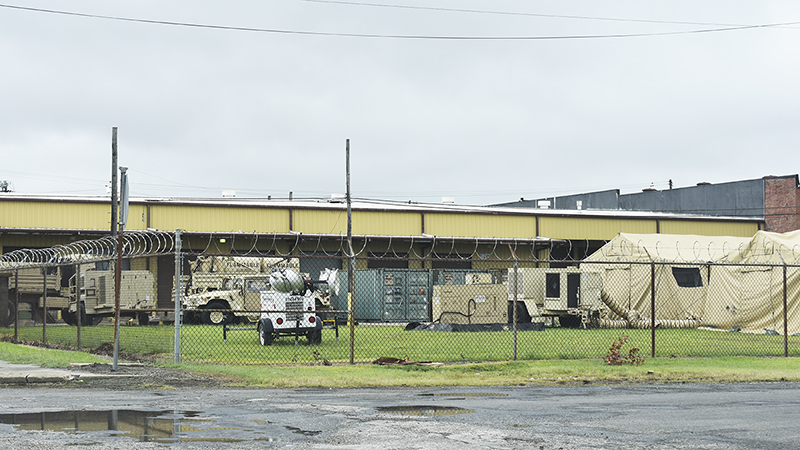 A small number of tan military tents and equipment were at Seventh Street and San Antonio Avenue. (Mary Meaux/The News)

Port Arthur Police are seeking the identity of two men they believe stole a vehicle then abandoned it in Beaumont.... read more