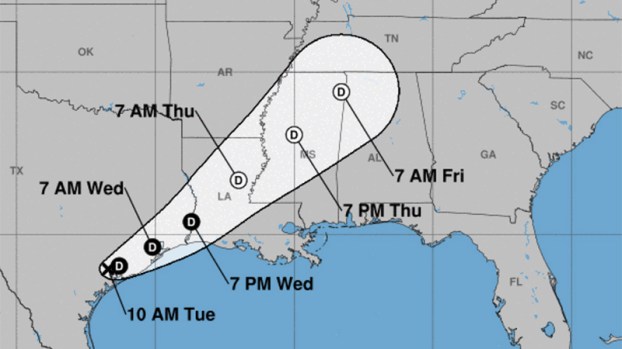 Flash Flood Watches are in effect across Southeast Texas and Southern Louisiana.

For the upper Texas coast, additional rainfall of 3 to 5 inches with isolated storm totals up to 15 inches is expected through Wednesday afternoon.

At 4 a.m. Wednesday, the center of Post-Tropical Cyclone Beta was located near the Texas coastline approximately 30 miles east-southeast of Houston and 70 miles west-southwest of Port Arthur.

The post-tropical cyclone is moving toward the east-northeast near 9 mph, and this motion is expected to shift toward the northeast during the next 48 hours.

Maximum sustained winds are near 30 mph with higher gusts.

Slow weakening is forecast to take place during the next 48 hours.

The next complete advisory will be issued by the Weather Prediction Center at 10 a.m. Wednesday.