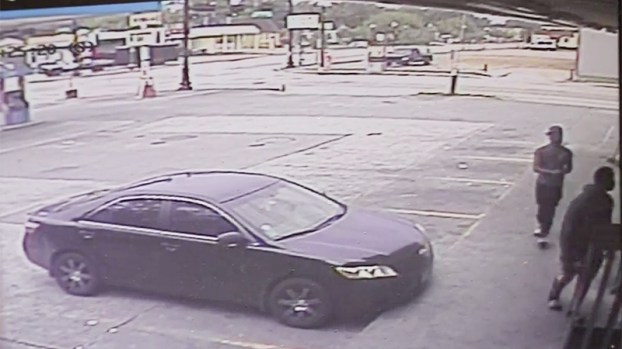 Pictured is a screen capture from a video released by Port Arthur Police of suspects in a truck theft.

Port Arthur Police are seeking the identity of two men they believe stole a vehicle then abandoned it in Beaumont.

The truck was found abandoned at a convenience store in the 2200 block of Calder Avenue in Beaumont on Sept. 5, according to information from PAPD.

Surveillance video shows two suspects abandoning the truck and walking away from it.

Anyone with information about the men’s identity is asked to call Det. Earl Boudreaux at 409-983-8645.

If you would like to remain anonymous, report the information to SETX Crimestoppers at 833-TIPS. You may be eligible for a cash reward.

You can also report a tip by downloading the P3 Tips app on your smartphone.

With all of the top schools in the nation knocking at his door, Memorial cornerback Jaylon Guilbeau made the decision... read more