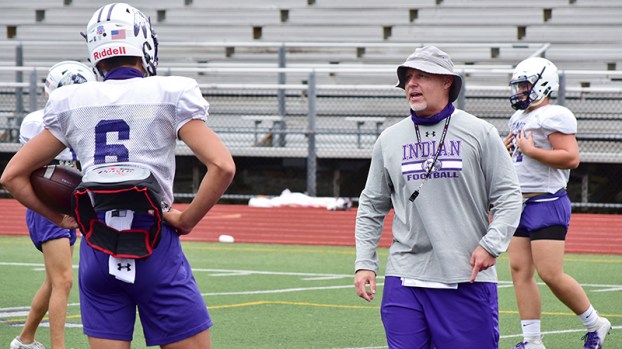 For many, Friday marks the start of the high school football season.

Port Neches-Groves head coach Brandon Faircloth is preparing his team to host the Memorial Titans in the first of three consecutive non-district games.

“We’re extremely excited,” he said. “Just like every year, there is a lot of hard work that goes into preparing for the season. There has been a little more work than usual when the season got pushed back. We are excited for it to be here and excited for the kids and their opportunity to go play and see their hard work pay off.”

PNG scrimmaged West Brook on Friday in what had been the only action for the purple and white this year.

“I was really proud of our effort,” he said. “I thought everyone played with great effort. We weren’t perfect. Most of the mistakes we made are fixable. We’re going to have a great week of practice getting for a great Port Arthur team. West Brook is a great team. It’s always nice to scrimmage them, because they will show you where you need to get better and you can spend the week working on those areas.”

Faircloth said his team will go up against another well-coached team Friday.

“Coach (Brian) Morgan and his staff do a wonderful job,” he said. “As always, they have really good players, who are extremely athletic. There is a reason they have been really successful for a long time.”

PNG returns three offensive linemen against a Memorial team that is stacked up front.

“We want to see our guys play hard and execute the game plan,” Faircloth said. “We have some young guys playing on the line, too. We’ve got three games to get ready for district. Going against tough defensive fronts is something we are going to have to do in district. Sometimes it is not always fun getting better, but Port Arthur will help get us better for district.”

Faircloth said he is looking for his team to clean up fundamentals.

“Anytime you only get one scrimmage and your season gets pushed back and you don’t get to practice long in helmets and shoulder pads, you have to work on blocking and tackling,” he said.

While PNG will have the benefit of starting the season in front of home fans, limited crowd size could offer a different home-field experience.

“I think it is very similar to practice,” Faircloth said regarding his team’s ability to generate emotional energy. “You have to bring your own energy. We have the best fans in the state of Texas and we are going to miss a whole bunch of them this year. With our kids, we explain to them what the atmosphere is going to be.”

“In some places, (the restrictions are) going to be problem this year,” he said. “In Port Neches, I don’t think that is going to be a problem. I think there will be plenty of people there on both sides. They are right across town.”