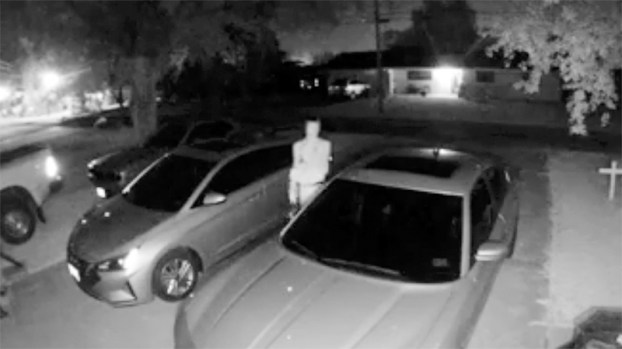 Pictured is a screen grab of video released by Port Neches Police of suspects linked to a stolen firearm.

PORT NECHES — Police said an AR-15 rifle was stolen from a Port Neches vehicle last month and the public’s help is needed locating the suspects.

The theft occurred at approximately 5 a.m. Aug. 14 when unknown suspects entered vehicles in the 2300 block of 3rd Street and 2200 block of Armstrong Avenue.

Video of the suspects was released Tuesday, and police said an AR-15 was taken from one of the unlocked vehicles.

“It appears as though one of the subjects has a tattoo of a cross on the upper left portion of his chest,” a Port Neches Police Department statement read.

Anyone who recognizes either of the individuals in the video is asked contact Det. Scott Thompson at 409-719-4239 or sthompson@ci.port-neches.tx.us.

Health officials reported the latest local death related to COVID-19 on Tuesday morning. According to the City of Port Arthur... read more