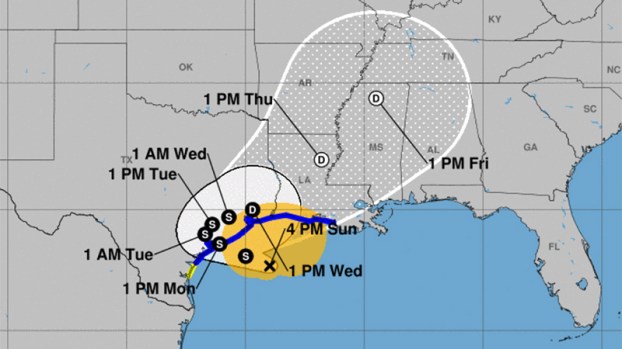 Beta reformed further west Sunday afternoon, and the National Weather Service said it will be near the middle Texas coast on Monday as a tropical storm.

Wind gusts of 30 to 40 mph are expected, mainly along and south of I-10 in Southeast Texas and southern Louisiana. 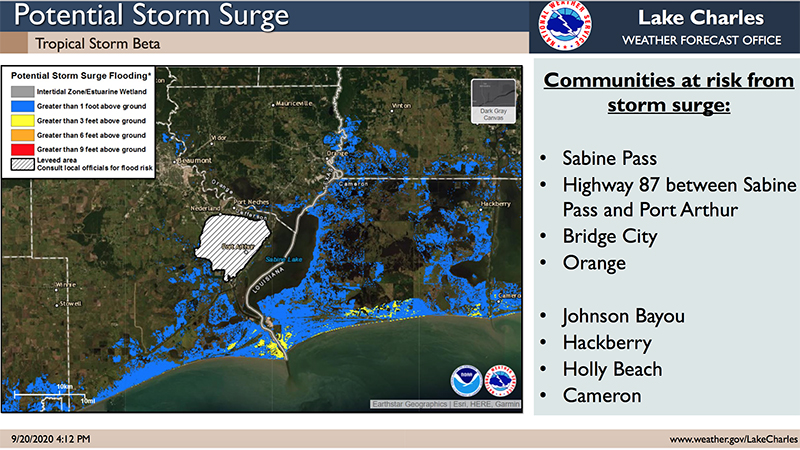 Warning Coordination Meteorologist Roger Erickson a Flash Flood Watch is in effect for areas along and south of I-10 in Southeast Texas through southern Louisiana.

This region is at risk from flash floods through Wednesday.

Storm surge of one to four feet above ground level is expected during high tides across the coast of Texas and Louisiana Sunday night through Wednesday or Thursday.

There is a small threat for an isolated tornado near the coast of Southeast Texas and southwest Louisiana Sunday night and Monday.

At Sabine Pass, high tide is around 6-9 pm Sunday night, with another high tide around 6 a.m. Monday. Tides near 2 feet AGL now will increase to 3 to 4 feet during these next two high tides.