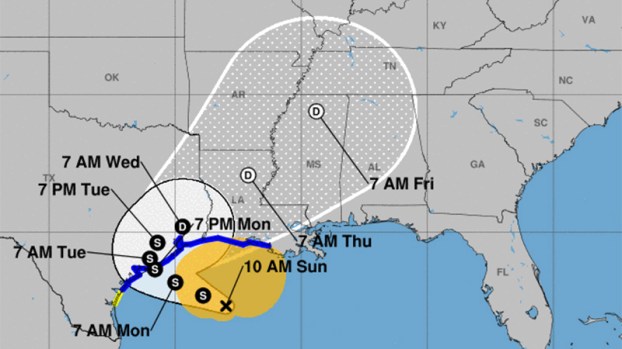 SUNDAY 10 AM UPDATE: Beta to hit middle Texas coast as early as Monday

It will be near the middle Texas coast late Monday or early Tuesday as a tropical storm, according to the National Weather Service.

A tropical storm warning is in effect for Jefferson County and Cameron and Vermilion Parishes.

Occasional wind gusts of 30 to 40 mph are expected, especially near the coast. 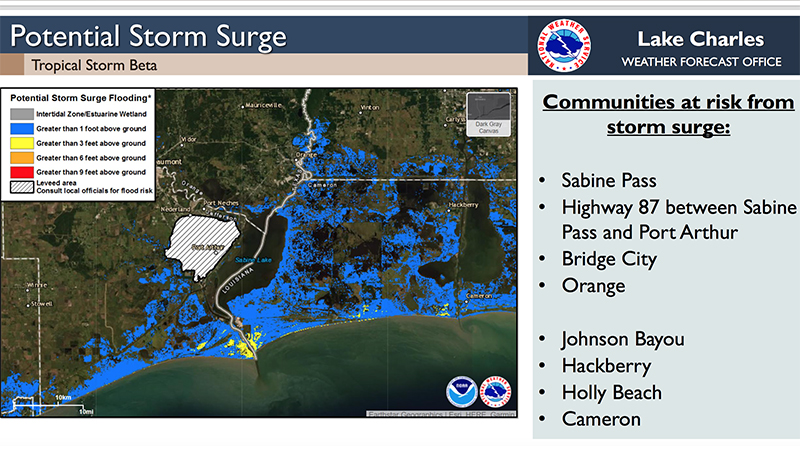 A storm surge warning is in effect for Jefferson County and Cameron Parish.

Storm surge of one to four feet above ground level is expected during high tides across the coast of Texas and Louisiana Sunday night through Wednesday or Thursday.

There is a small threat for an isolated tornado near the coast of southeast Texas and southwest Louisiana Sunday and Monday.

A rain band is moving through southwest Louisiana and Southeast Texas Sunday morning.

Wind gusts of 20 to 40 mph are possible Sunday, with the higher values closer to the coast.

The expected total rainfall for Southeast Texas is 5 to 15 inches.