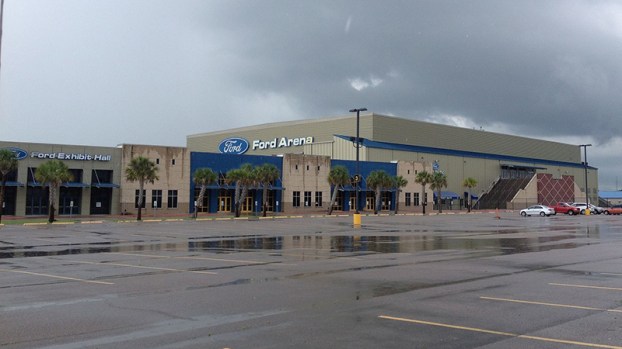 Ford Park could again be up for bids, now with proper $43.2M property valuation

BEAUMONT — Ford Park Entertainment Complex is back on the table as Jefferson County Commissioners are set to discuss putting the property out for bid, again.

Commissioners will meet at 10:30 a.m. Tuesday to discuss rebidding the sale of Ford Park.

The public can view the meeting online on the county’s website.

Deborah Clark, purchasing agent for the county, said if commissioners approve the issue it would be advertised twice in local newspapers, then published on a Texas state website Electronic State Business Daily-Texas Smart Buy, which is managed by the Texas Comptroller of Public Accounts, as well as nationally on LoopNet, which is for commercial real estate.

Clark said the county has the proper valuation of the property, which comes in at $43.2 million.

The minimum required bid is $29.8 million, which takes into consideration two years worth of debt service that taxpayers pay on the property.

Precinct 3 Commissioner Michael Shane Sinegal has been in favor of the sale of Ford Park for some time now, he said.

He’s hoping this go-round on the sale ends positively.

Earlier in the month commissioners opted to reject the lone bid on the property due to statutory requirements not being fulfilled, meaning there was no written appraisal for fair market value, only verbal, for the property located off interstate 10.

In mid-August, county commissioners approved an agreement with JLL Valuation & Advisory Services LLC in the amount of $30,000 for valuation and advisory services for the sale of Ford Park.

Sinegal said due diligence has been done on obtaining the value of the property.

“It should have been done before the last bid went out,” he said. “That was lack of oversight, advice from people who should have given us legal advice.”

Spokesman Kevin Johnson sent a statement showing his disappointment in the initial outcome of the sale, saying their offer covered all outstanding financial responsibilities associated with Ford Park.

If commissioners approve the re-bidding of the property, the due date for the bids would be 11 a.m. Nov. 6.

Locals have known Andrew Dismukes is a funny guy. Now, his humor will be on a national stage as one... read more