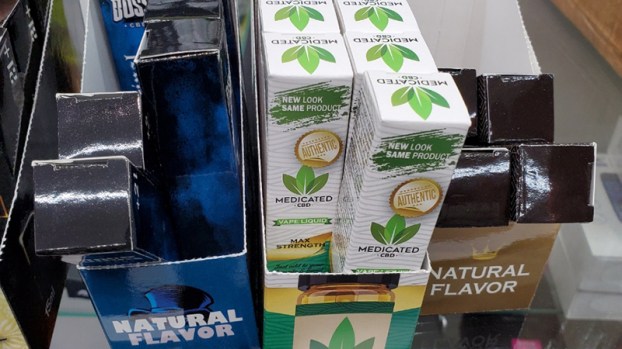 The Jefferson County Sheriff's Office released this picture of items seized during a raid on Thursday.

Most legitimate CBD oils can be sold legally and do not cause those types of effects.
The Task Force began an investigation on specific medicated CBD oils being sold and they were sent to the crime lab for analysis.

The Jefferson County crime lab prioritized the testing of samples and gave returns quickly to investigators. This was done in order to determine if the substances were illegal and posed a danger to customers.

The crime lab determined the substances were Synthetic Cannabinoids, a felony substance.

Each bottle of medicated CBD oils being sold at Smokees Vape Shop when tested by the Crime Lab contained 13.83 grams of 5-Fluoro-CUMYL-PINACA, which falls under the penalty group 1. 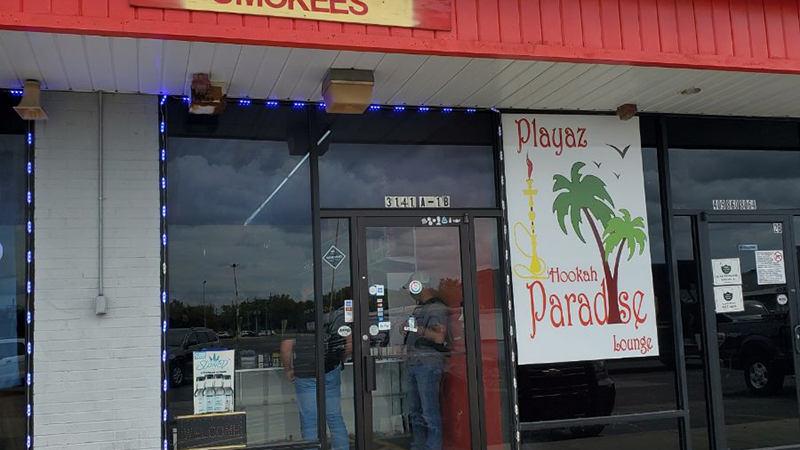 Smokees Vape Shop is located at 3141 College in Beaumont.

On Thursday a search warrant was executed at Smokees Vape shop.

The combination of agencies are part of a new High Intensity Drug Trafficking Area Task Force initiative.
The search warrant resulted in seizing 157 bottles of substances believed to contain the dangerous synthetic cannabinoids that were being sold.

There were also 200 other products seized that are believed to be illegal and dangerous substances as well.

Samples of the substances will be sent to the Jefferson County Crime lab for analysis. The street value is approximately $25,000 in products.
The Health and Safety Code states the County attorney may institute an action in district court to collect a civil penalty from a person who in the course of business produces, distributes, sells, or offers for sale a mislabeled abusable synthetic substance. The civil penalty can be up to but may not exceed $25,000 a day for each offense.

“We urge citizens to be vigilant and continue to report these violations,” a Sheriff’s Office release said. “The investigation is still ongoing by the Jefferson County Narcotics Task Force.”

The Medical Center of Southeast Texas in Port Arthur is easing guidelines for visitors and elective procedures, beginning Monday. The... read more