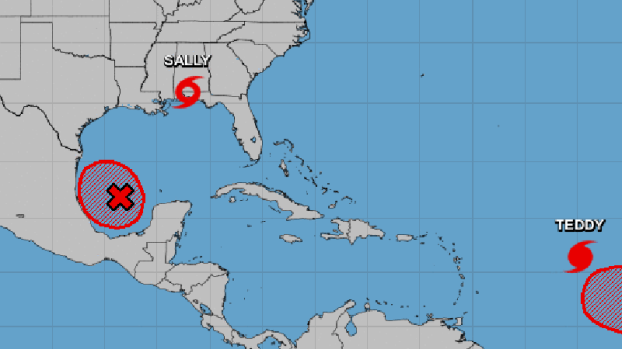 Hurricane Sally has moved inland over Alabama and Florida, but attention from local residents should now switch to the southwestern Gulf of Mexico, according to the National Weather Service.

A weak low pressure area is found in the southwest Gulf, and National Hurricane Center gives this system a 70 percent chance for development through this weekend.

Warning Coordination Meteorologist Roger Erickson said a tropical depression is likely to form and it is expected to meander in that general vicinity into next week.

It is too early to say if it will be a threat to Southeast Texas, but with the active tropics in the Gulf, tides have been running a foot above normal, and that will continue through this weekend, Erickson said.

All the other tropical activity in the Atlantic poses no threat to Southeast Texas over the next week.

Free walk up COVID-19 testing is being provided by the City of Port Arthur today (Sept. 16) and Thursday. Testing... read more