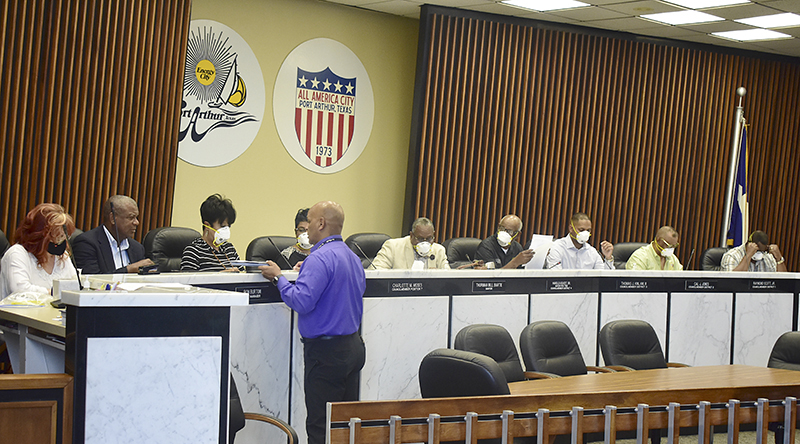 Port Arthur city councilmembers are set to vote on the proposed budget for the 2020-21 fiscal year and the city’s tax rate during Tuesday’s regular meeting, which will begin at 11 a.m. via Zoom.

But first, councilmembers will undergo a second budget workshop session during a special meeting starting at 11 a.m. Monday.

The proposed budget includes a 2.5 percent salary increase for all employees, but it also focuses on a $64.7 million capital improvement program, including $11.12 million from the operations general fund and $2.18 million from the water utilities fund. The city is proposing bond issues of $10 million for street reconstruction and $18 million for its water line replacement plan, funding for which would come from the Texas Water Development Board.

Also among capital improvements, $4 million would be dedicated to downtown fiber optic improvements.

Projected departmental increases and decreases were highlighted during the first budget workshop on Sept. 8.

City Manager Ron Burton said some departments would see decreases under the proposed budget as part of an approach of aligning resources within the city’s vision of goals and objectives.

“We were looking at areas where we have over-budgeted,” Burton said. “The budget has been inflated. We had to bring it down to be more in line with expenditures. … When we did that, we did not compromise the level of service we are giving.”

“We are not cutting services, but we found more efficient ways to do things in the library,” Burton said, comparing the practice to that in police and other departments. “Look at the city secretary’s office. There is a reduction. Look at the public works and utilities departments.”

Public works could actually receive a $293,132 increase for maintenance and security at city facilities.

“There is a decrease proposed for next year, but that is primarily because we moved some development fees that were not in the specific project budget this year. We moved them into the city attorney budget for next year,” Daniel said.

Among proposed increases in 11 departments highlighted are:

“We’re trying to be more prudent in the way we use resources,” Burton said. “We’ve seen a mushrooming in overtime, and my main objective is to bring that into realignment. Over the years, we have seen a mass increase into mid-level supervision and you have seen a decrease in productivity. So, what we’re trying to do is increase productivity and stabilize supervision at the same time.”