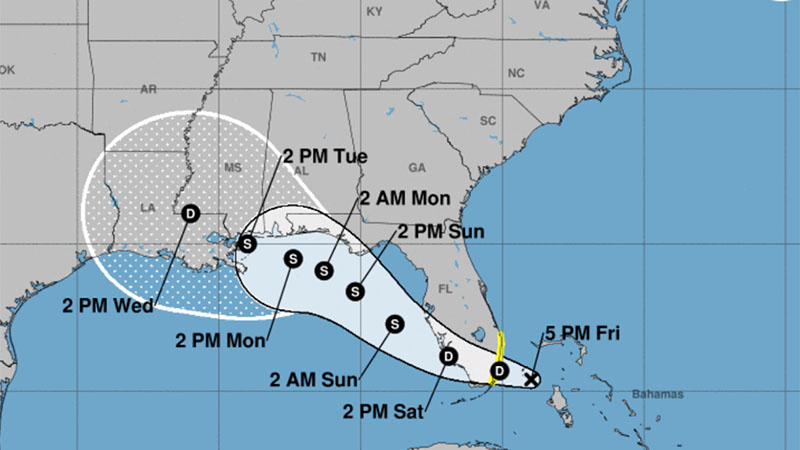 The National Hurricane Center is expecting a tropical depression to form either tonight south of Florida or Saturday in the eastern Gulf of Mexico.

The National Weather Service said this system will be a threat from Louisiana to Alabama by early next week.

Warning Coordination Meteorologist Roger Erickson said if this system doesn’t make landfall, it could move further west towards Texas by the middle of next week.

The National Weather Service will need to monitor the system as it is too early to say if it will be a threat to the Gulf of Mexico.

It is too early to say if it will be a threat to the Gulf of Mexico.

Finally, Tropical Storms Paulette and Rene will remain out in the Atlantic.

Neither of these systems will be a problem for our area.