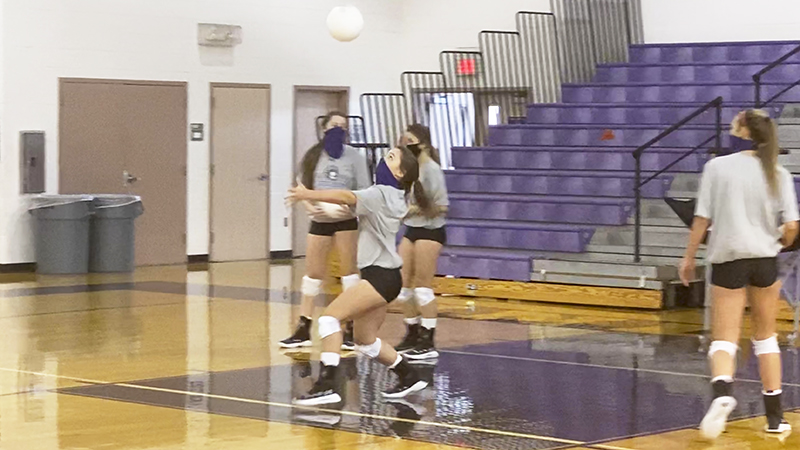 PORT NECHES — A young Port Neches-Groves volleyball team will be able to test their skills against some PN-G graduates during an alumni scrimmage Friday.

The team, which Head Coach Brittany Fruge called the youngest squad she has coached, will go head to head against 12 former PN-G volleyball players in preparation for the season opener against Diboll Tuesday.

“I’m super excited to see those babies,” Fruge said of her returning players. “I feel like they miss volleyball and they realize it does go by too fast. It makes me happy that they are still so passionate about the game. I want them to love the game as much as we love it as coaches.”

Juniors Trista Hughes and Sarah Groves said they are more than ready to play against some new competition. Friday night will be the first time the team will wear their jerseys. 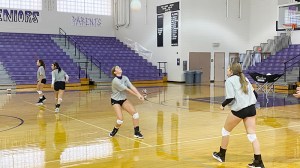 “It will be great for (the team) to put them on for the first time,” Assistant Coach Ali Kissel said. “For girls, it allows a different persona. It will feel like game night. That way when they step on the floor for their first game, those first-time jitters will be almost out.”

Groves said she is very thankful that the graduated players are returning.

“We’ve been waiting for this for so long,” she said. “We’re very grateful that we get to play. We’re glad everyone has stayed healthy and we are praying that everyone stays healthy and we can keep playing with our whole team.” 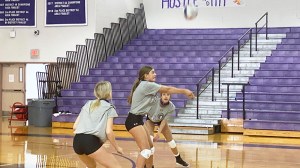 Kissel said the alumni were very eager to get back on the court in a group chat with the coaches.

“I know one of the girls said this was the only thing getting her through the week,” she said. “She was so excited to see these girls and meet them and play against them.”

The third-year assistant said she had never seen former players rally around a team like the PN-G alumni have.

“I come from a big 6A school,” she said. “I’m from Houston. The tradition of this school and the camaraderie is by far among the best I have ever seen.”

The experience will also be invaluable to a team that Fruge has referred to as the youngest team she has coached. The team has two seniors compared to four freshmen.

“Me and Trista played with (the returning alumni) last season,” Groves said. “They helped us grow and we learned so much from watching and playing with them.”

Both Hughes and Groves said they would like to participate in alumni games after they graduate.

Parents of the participating student athletes will be allowed to attend the game. As of Thursday afternoon, it was unclear whether or not the stadium would be open to any other fans.