Weather officials monitor system in Gulf, another set to join it this weekend 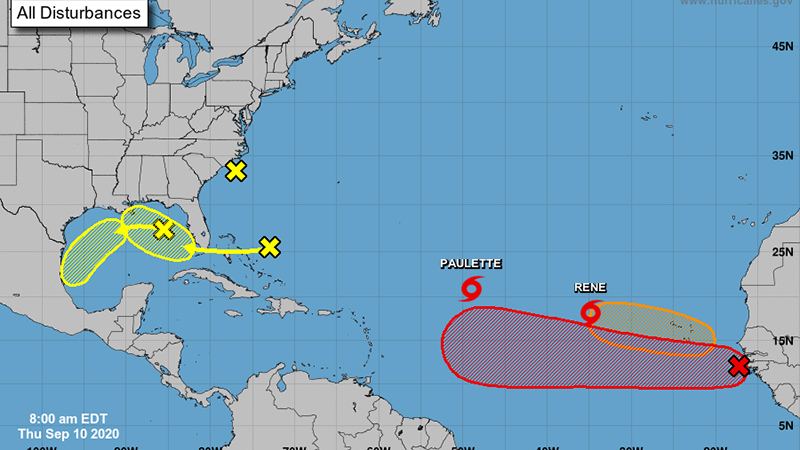 A large area of disorganized showers and thunderstorms centered a couple of hundred miles northeast of the Central Bahamas is associated with a surface trough of low pressure.

According to the NOAA NWS National Hurricane Center, this system is forecast to move westward, crossing the Bahamas and Florida on Friday and moving into the eastern Gulf of Mexico over the weekend.

Upper-level winds are expected to become conducive for some development of this system while it moves slowly west-northwestward over the eastern Gulf of Mexico early next week. It has a 30 percent chance of formation during the next five days.

Some slow development of this system is possible while this system moves westward and then southwestward over the northern and western Gulf of Mexico through early next week.

It has a 20 percent chance of formation during the next five days.