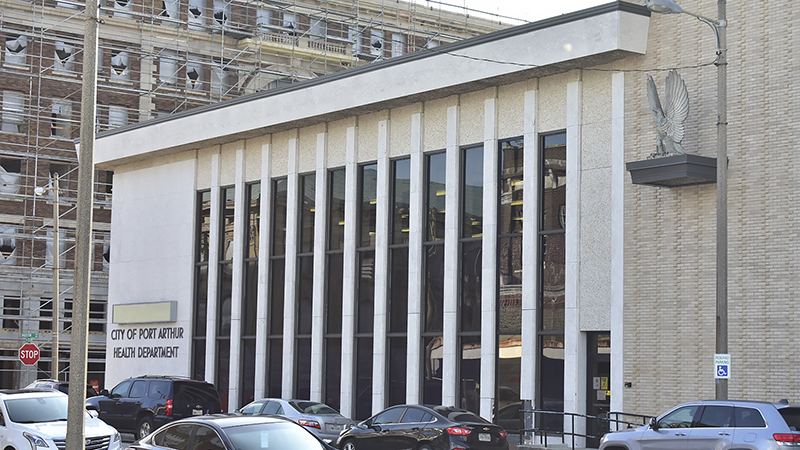 The Port Arthur Health Department is presently located at 449 Austin Avenue. Work is ongoing on the Adams building, pictured in the background. (I.C. Murrell/The News) 9-9-20

The purchase would be part of Motiva’s ongoing development of a portion of downtown, including the renovation of three other buildings sitting across from one another at the intersection of Austin Avenue and Fifth Street.

The Port Arthur Health Department is currently housed in a multi-story building at 449 Austin Avenue.

The Port Arthur City Council on Tuesday authorized the sale of that building to Aurora Capital Holdings, a Delaware limited liability corporation that is a subsidiary of Motiva Enterprises but a separate part of the business infrastructure, said Jay Hall, Motiva’s deals manager for strategy and business development.

The sale, however, is contingent upon authorization of the finalized development agreement between Aurora and the city, as well as authorization of a special property lien payment; a finalized lease agreement pertaining to 449 Austin Avenue; and a finalized purchase agreement for a building at 5860 Ninth Avenue, which formerly housed the Texas Health and Human Services Offices, to house the health department. 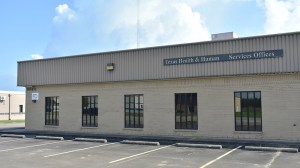 Once its current location is sold, the Port Arthur Health Department would move to this building at 5860 Ninth Ave. as a central location for its service area, which encompasses Port Arthur, Port Neches, Groves and Nederland. (I.C. Murrell/The News) 9-9-20

“Aurora has acquired three buildings — the Adams, federal and [A.E. Scott] furniture store. Once we finish this out, this will be an operations facility for Motiva,” Hall said. “It will be utilized for personnel outside of the refinery and a more cohesive unit all for non-operational personnel.”

Non-operational personnel are anyone from accounts payable to supply chain to distribution groups, Hall explained. Moving them downtown would free up Motiva to do expansion projects within the refinery, he said.

The council voted 6-1 Tuesday on the authorization of the PAHD building sale, with Mayor Thurman Bartie casting the lone vote against it.

“I’m for the sale,” Bartie said. “We need the sale, but we don’t need to include in the ordinance some specific building we’re going to move to. To me, that’s no civic engagement in that.”

Bartie wanted city officials to consider constructing a new multi-purpose government facility across from city hall with the health department anchoring it as a way to invest in what is being developed.

“You’ve got to be a forward thinker to think like me,” Bartie said.

“We were looking to see where the clientele is coming from,” Burton said. “Most of the people we service are within that geographic area [off FM 365]. They don’t live downtown anymore. People come from the WIC building, and we had to send them all the way across town to the Social Security Building on Ninth Avenue.”

Although the city completely owns the present PAHD building, a lien was placed as a stipulation of a federal grant used a few years ago to upgrade the upper floors, Burton said. He and Bartie estimated the amount of the lien at $800,000.