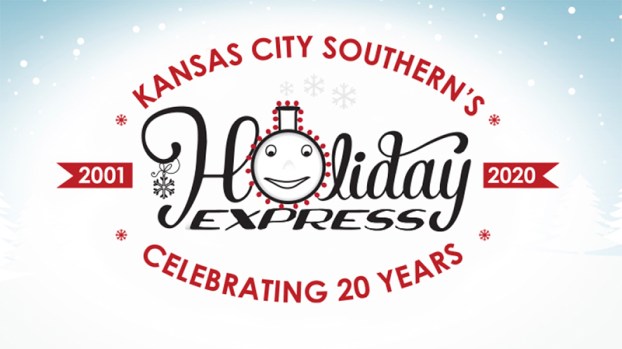 KANSAS CITY, Mo. — Kansas City Southern announced Tuesday it would celebrate the 20th anniversary of its KCS Holiday Express program and partnership with The Salvation Army with a fundraiser to benefit the Salvation Army in 20 communities on its U.S. rail network, including Port Arthur and Beaumont.

Due to the pandemic, KCS will not operate its Holiday Express train, which traditionally draws large crowds in free, public events.

“KCS is pleased to celebrate 20 years of its Holiday Express program benefiting The Salvation Army in communities throughout our U.S. rail network,” KCS president and CEO Patrick J. Ottensmeyer said. “While it is not safe to gather for

free visits with Santa Claus and tours of the Holiday Express train this year, the need for the charitable component of this program is greater than ever.”

Over 19 years, the charitable component of the KCS Holiday Express project has raised well over $2.1 million, which was donated to The Salvation Army at each scheduled stop to help provide warm clothing and other necessities for children in

need in the local community. Anyone interested in making a tax-deductible contribution to the 2020 KCS Holiday Express fundraising campaign may do so at salarmy.us/HolidayExpress.

The KCS Holiday Express was built on the tradition of the Santa Train, which ran on a segment of the network bought by KCS in 1997.

In 2000, a group of warm-hearted KCS employees noticed that the Santa Train was the only Christmas some kids had, and that some kids did not have essential items like coats, hats and gloves, so they committed to elevating the project. In 2001, volunteers transformed a retired freight train to the KCS Holiday Express experience that thousands have enjoyed for the past 19 years.