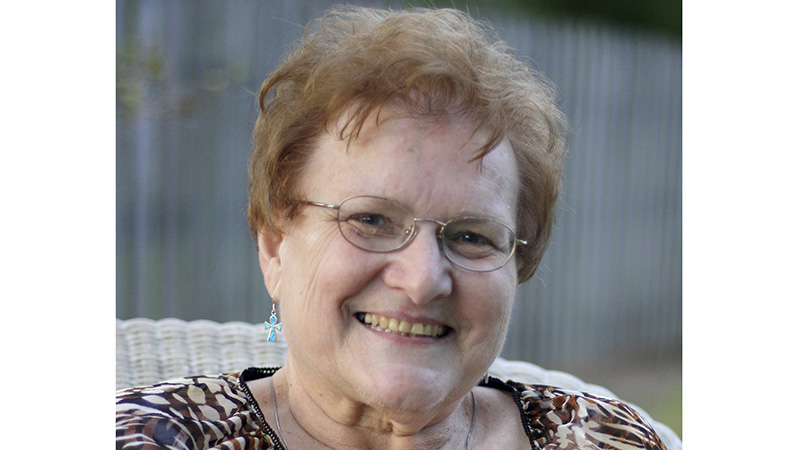 She was born on March 22, 1943 in Fort Wayne, Indiana to her parents, Arthur Carl Stahlhut and Mary Jane Fugazza Short Stahlhut.

Shirley attended Purdue University and graduated from there with a Bachelor’s and Master’s in Chemistry.

She married Michael Tuttle Musser, her soulmate, in 1966 in Indianapolis, Indiana.

She and her husband both began working as research chemists for Dupont in Wilmington, Delaware.

They moved to Orange, Texas in 1974 and she earned a Master’s degree in Computer Science from Lamar University.

She began working for Lamar University-Orange, running their computer department in 1985.

She was Director of Computer Services at Lamar State College-Port Arthur from 1989 until her retirement in 2002.

Shirley was an active member of the Embroiders Guild of America for over 20 years.

She was a member of the Methodist Temple in Port Arthur.

When Shirley wasn’t working, she was volunteering.

She loved life and always saw the positive side of things.

Family was the most important thing in Shirley’s life and she adored her children and grandchildren.

She was a constant loving presence in their lives which can never be replaced.

Shirley was preceded in death by her parents and her husband, Michael T. Musser.

She is survived by her two daughters, Barbara J. Musser of Woodbridge, Virginia; Kathleen L. Williams and her husband, Gaylon of League City, Texas; her son, Michael C. Musser of Round Rock, Texas; her two grandchildren, James Michael Williams and Catharine Elaine Williams along with her brother, Arthur K. Stahlhut of Fort Wayne, Indiana as well as one niece, Lisa Stahlhut and one nephew, Arthur Stahlhut Jr.

Service to honor Shirley’s life will be at 10:00 AM Friday, September 11, 2020 in the Thompson Memorial Chapel at Clayton Thompson.

Burial will follow in Forest Lawn Cemetery in Orange.

Due to the Covid-19 crisis we are currently in, all visitors to the funeral home are required to wear face mask or covering and practice social distancing as mandated by State and County officials.

In lieu of Flowers, family request donations to be made to the American Heart Association or the American Cancer Society in memory of Shirley.