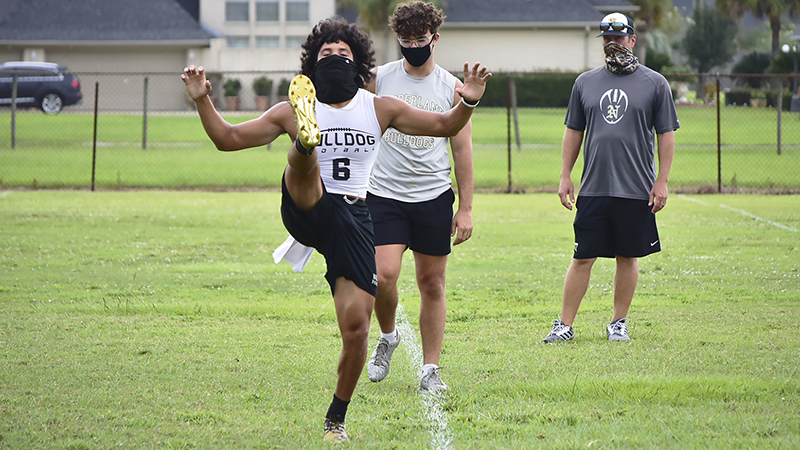 This weekend would typically mean Week 2 of high school football in Texas.

It does in classes 1A-4A, but for most of Jefferson County, Week 1 isn’t kicking off until Sept. 25.

Coaches at Nederland and Port Neches-Groves are grateful Hurricane Laura only left light damage locally and played no role in backing up an already unusual season any further. Nederland and PNG begin preseason camp Tuesday because of the holiday — but teams have already begun work on sport-specific drills under special policies the UIL enacted in response to the coronavirus crisis.

Preseason camp allows teams to put on helmets and, after an acclimation period, pads.

“For a couple of days last week, we would have met, but we’re at that point in practice where we need helmets on, pads on and things like that,” fourth-year Nederland head coach Monte Barrow said. “It’s always a good thing when we’re together, but as far as the learning aspect and the things we need to do, not as much as could have been [is done].”

Conditioning, however, is not an issue among the Bulldogs.

“I think we have a good level of conditioning,” senior safety and cornerback Evan Whitehead said. “We’re always running around, going full speed on every rep. And, so, we’re always going 100 percent.” 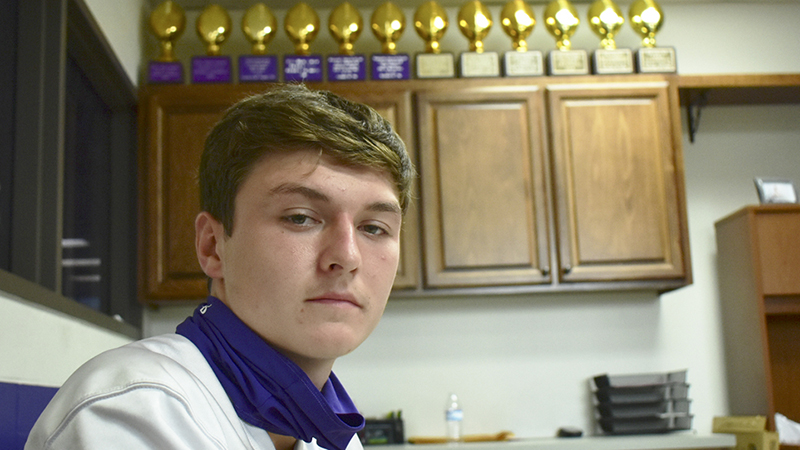 Wide receiver Brady Nail says PNG’s conditioning is good enough to take the field if it had to. (I.C. Murrell/The News) 9-3-20

“We’re not concerned about conditioning,” Nail said. “PNG is one of the most prepared teams in the state. I think we’re always ready. We could play tomorrow if we had to.”

PNG missed about a week of workouts due to Laura, but 12th-year head coach Brandon Faircloth wasn’t concerned that would have much of an effect on the Indians, who’ve beaten the Bulldogs in the past two Bum Phillips Bowls. The Indians resumed summer workouts Wednesday.

Faircloth holds out hope the Indians will be in gameday shape come Sept. 25, when they host Memorial in the schools’ first non-district meeting ever. Those teams traded a victory each in their two years together in the former District 22-5A (2016-17).

“The non-district prepares us for district,” Faircloth said. “We’re in one of the toughest districts in the state. We’ve got Port Arthur Memorial, Beaumont United and Tomball. Memorial is going to be a challenging first opponent. Coach [Brian] Morgan and his staff do an excellent job.”

Nederland won’t have it easy, either for the first three weeks. The Bulldogs visit Huntsville, which went to the 5A Division II Region III semifinals, host Houston Austin and then go to Jacksonville before hosting PNG on its new turf Oct. 23.

“We’re fortunate that a majority of our kids have been here since June 8 instead of sitting in the house or in front of the AC,” Barrow said. “A lot of them have jobs and they’re still coming here. They have jobs in the afternoon. For what we’ve been able to do, I feel good about where the kids are. I don’t think anybody’s got an advantage or another unless you just can’t have your kids.”