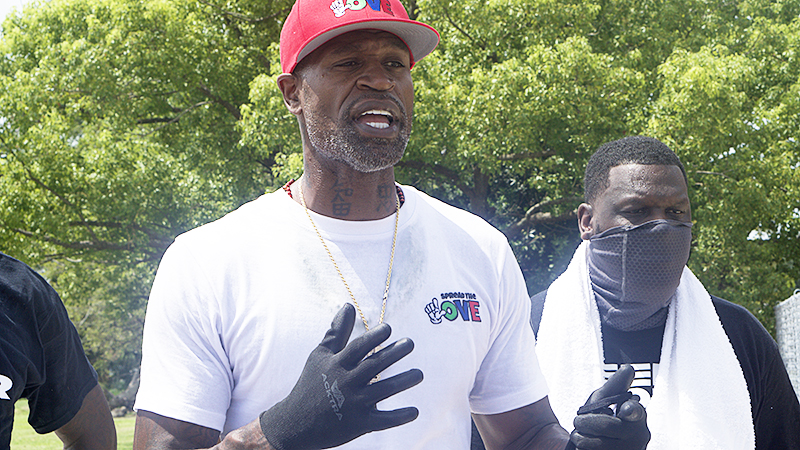 Retired NBA player Stephen Jackson returns to Port Arthur to give out food and necessities to his hometown. (Cassandra Jenkins/The News)

Retired NBA champion Stephen Jackson is known for his giving spirit, and after Hurricane Laura struck Southeast Texas and his hometown, it’s no surprise to see him giving out bags of food and necessities by the truckload. 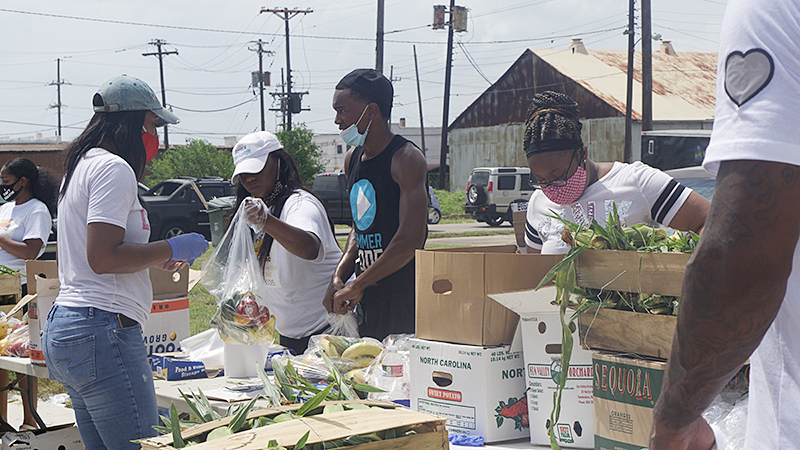 “This is a familiar feeling,” Jackson said. “Me being from Port Arthur, my grandpa, my grandfather, they gave to this community my whole life. They always gave back. They had a restaurant, fed the homeless and fed people who couldn’t afford a decent meal. Over the years, this is something I fell in love with doing. It was already in my heart, and this is just another opportunity.”

Stephen Jackson’s return to Port Arthur is part of The Feed Your City Challenge in partnership with founder Ricky Davis and Tony Draper.

Southeast Texas missed the brunt of the storm, but the aftermath left trees down, fences broken and hundreds of people without food.

Jackson heard of the damage and headed home. 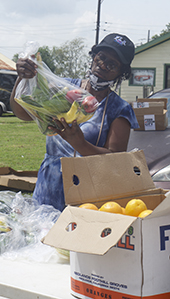 “This area has been going through so much since Hurricane Harvey came, and with everything y’all have been doing and giving back to other cities, it’s only right that I come back and take care of my own,” he said. “I’m blessed to have brothers like Ricky Davis and Tony Draper to provide me with opportunities and resources to be able to bring the things that are needed back to my hometown.”

The line wrapped around to Gulfway Drive.

Jackson said the turnout was amazing.

“I remember when I did it a couple years ago with Shaq (Shaquille O’Neal) and we fed the homeless, but I think this is probably double the turnout from when Shaq was here,” he said. “It’s just a blessing, but regardless of that, this shows how many people are really in need and everybody has to do their part.” 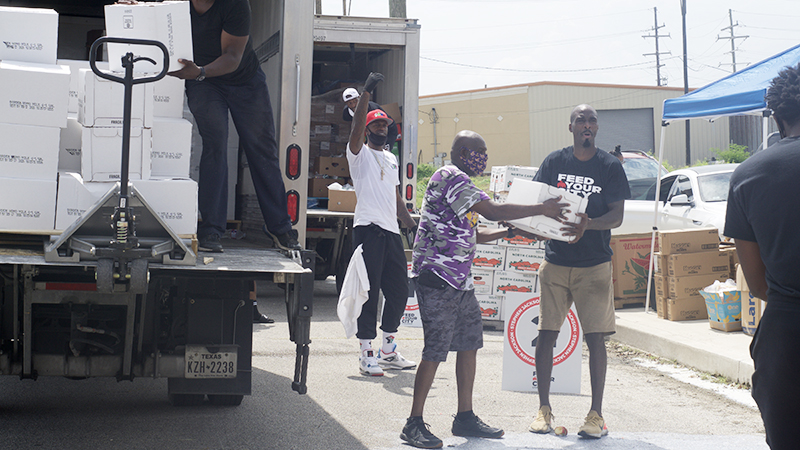 Bradford Coleman, left, hands a box of milk to Ricky Davis, right, while Stephen Jackson, back, waives for more volunteers to unload a truck.

Port Arthur is the seventh stop on the nationwide campaign to combat the COVID-19 pandemic and help those recently affected by Hurricane Laura.

As the founder, Davis said leading by example is what it’s all about.

“When we started this challenge, me and Tony wanted to be pillars of the community, to be the connection to connect people with needed resources,” he said. “What’s going on with COVID-19, people are sick, people are losing their loved ones, there’s not enough food. We wanted to be that strong pillar in the community that you guys can lean on.”

At the end, Jackson called for his fellow NBA players to do the same.

Food will be available until all items are gone. Jackson said they expect to feed more than 4,000 people by the end of the day.

“You have to prepare for anything, especially in this area,” Jackson said. “Whatever we can do to help people prepare in the future and to be OK now, we are willing to do that.”

The event started at 2 p.m., 235 Procter St. The end of the line starts near Gulfway Drive.