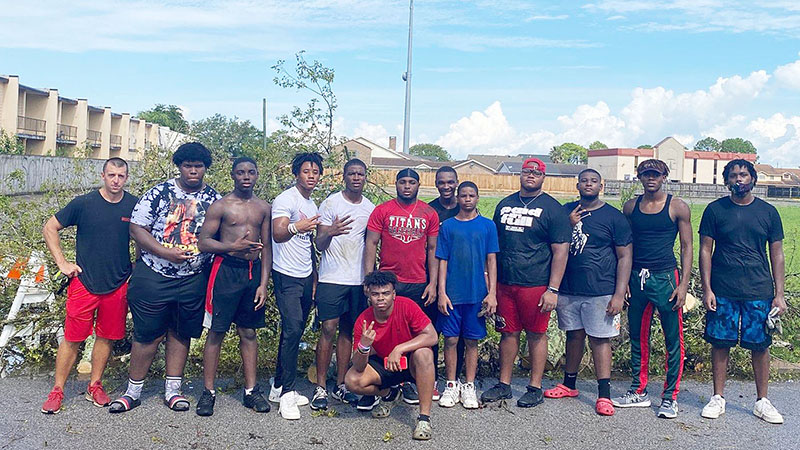 The Memorial High School football team has been spotted assisting the community in cleaning up fallen limbs, chopping trees and moving debris in the aftermath of Hurricane Laura.

“The night the storm came in, the players were going back and forth in our group message just talking about what was going to happen if we got the worst of it,” he said. “As the evening went on, the seniors started worrying about not getting to play their senior season, especially after COVID-19 ended the previous season.” 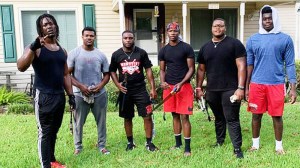 “Everybody was worried about their houses, property and state of the season, but then Tony said, ‘We need to make sure that no matter what happens, we find a way to help out after the storm comes through,’” Morgan said.

Brooks said he chose to speak up because he remembered what it was like to come home to nothing after Hurricane Harvey demolished his house.

“For me, it was scary,” he said. “I didn’t want to go through what happened in Hurricane Harvey again. After what happened in 2017, I know how it feels to not have a home and still have to come back and clean up what’s left, so I just thought when I came back, I could at least help out around the neighborhood and help others clean up.”

Brooks was relieved when his teammates stepped up to help.

Morgan said it was a proud moment to see his players making a difference in their community.

“My job was just to facilitate and organize the effort, provide the equipment and see who needs help,” he said. “They did the rest. It shows the way Tony was raised and the values he is taught at home, which is what we try to get across in the program.

“We are all a part of this community and we all try to take care of each other and the community that supports us at games.”

Titans players went to about 16 houses in two days, cut trees, picked up leaves and moved trash to the streets.

Brooks said the gratitude from the residents was palpable.

“It was a bunch of ‘thank yous’ and ‘I love yous,’” he said. “They were all grateful for what we were doing, and it made us feel good.”

“We are getting back to a normal schedule now,” Morgan said. “We are still getting people just coming back in town or getting power, but we are trying to get everybody back, warmed up and ready for the season.”