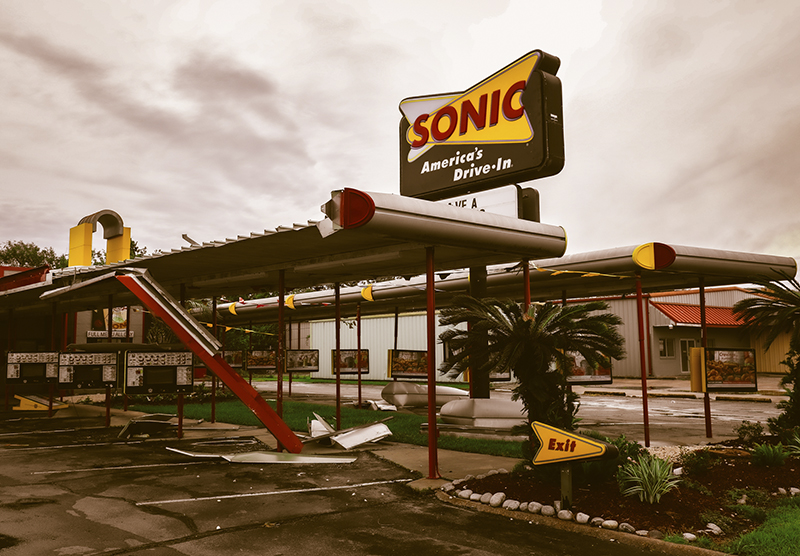 Port Arthur city officials reported early estimates of $400,000 to $500,000 in damage to property as a result of Hurricane Laura’s arrival on Aug. 27.

That would be nearing or crossing the halfway point of Jefferson County’s $958,000 damage threshold before federal funds to help residents and businesses recover and rebuild could be issued.

City officials believe the county threshold and approximately $40 million state threshold would be met, but expect a complete cost estimate to be determined within the next two weeks.

The figures were presented in an update on the city’s recovery efforts during a regular meeting of the city council Tuesday evening.

“Permanent damages are expected to be minimal for the most part with a few buildings identifying roof damage, including water leaks at the Operations Center, the Recreation Center and a potential leak at the Community Development Building,” a copy of the update reads.

An estimated 50 tons of vegetative debris, or trees and other green waste from rights-of-way, were collected throughout the city, with another 50 tons to be collected.

Public Works Department crews are still clearing drainage lines and will use weekend labor to collect staged vegetative debris, which will be mulched.

According to the update, Sabine Pass bore the brunt of Hurricane Laura within Port Arthur, but the community had minimal damages from the standpoint of potential assistance from the Federal Emergency Management Agency.

City Manager Ron Burton said an estimated 750 remaining evacuees who were bused to shelters across the state should be returned to Port Arthur by Wednesday (Sept. 2).

Buses began returning to the city this week.

Burton told the council Entergy hopes to have all residences connected with power by Wednesday.

District 4 councilman Harold Doucet said the evacuation process and return of evacuees has worked out well under the city’s emergency preparedness plan, but added the recovery part of the plan needs to continue and asked Mayor Thurman Bartie to monitor donations that would benefit the city, such as AT&T’s $30,000 gift to the Southeast Texas Civilian Taskforce.

Bartie said the city plans to make another request for ice and water distribution to residents.

No comment from the public was offered during an initial hearing on the proposed city budget for fiscal year 2020-21.