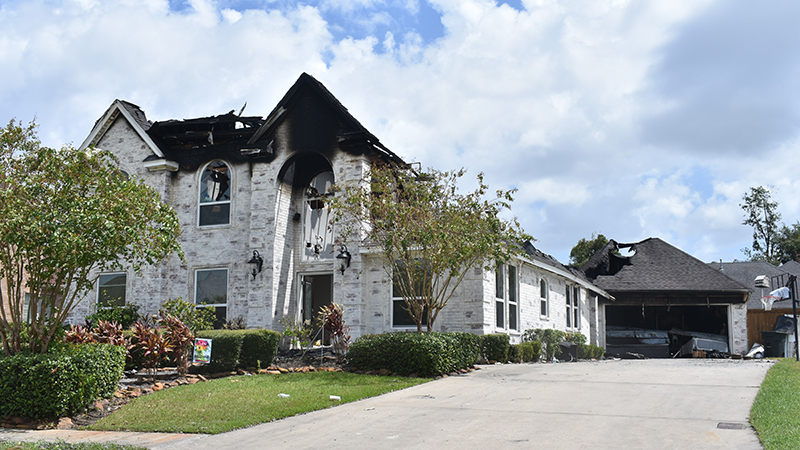 A generator-related fire destroyed a home in the 700 block of Neches Oaks in Port Neches on Saturday. (Mary Meaux/The News)

PORT NECHES — A Port Neches home was totally destroyed by a fire related to the use of a generator early Saturday morning.

The two-story brick home was mostly gutted with black soot soiling the otherwise light grey brick to the upper level — the roof gone. A portion of the garage was also damaged in the blaze.

Nelson said the generator was outside but in a breezeway when the fire occurred, catching the vinyl siding, plastic and soffits on fire that ran to the upper floor and roof.

The family was at home at the time of the fire but made it safely outside. No injuries were reported.

Nelson ruled the fire as accidental and said the home was a total loss.

The family did not request assistance from the American Red Cross as they had support from family and friends.

The improper use of a generator has been linked to carbon monoxide poisoning of a family of 17 in the city as well as the deaths of three people in Port Arthur and hospitalization of four others.