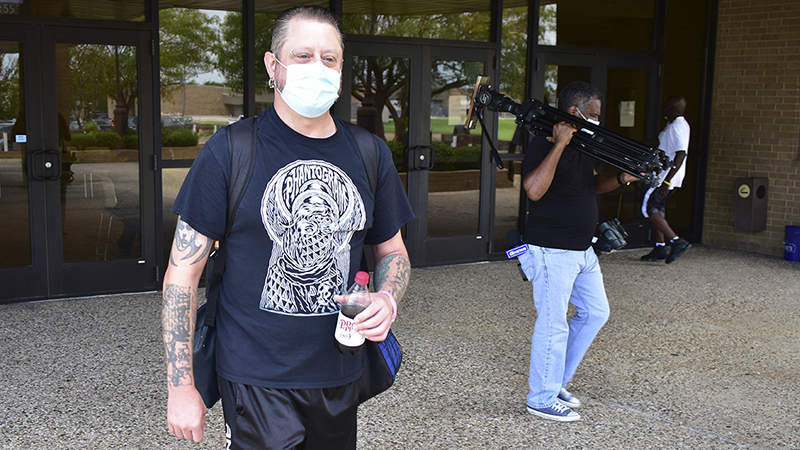 The first 22 returnees from the Walker County Storm Shelter returned to Port Arthur just after noon Monday and arrived to scenes of little to no damage in the city from Hurricane Laura.

Port Arthur Transit buses and paratransit vehicles lined a side street at the Bob Bowers Civic Center waiting to carry home those who took public transportation to the center after Mayor Thurman Bartie issued a mandatory evacuation order. They came home three hours later than expected, missing an opportunity to be welcomed by U.S. Rep. Sheila Jackson Lee.

For Port Arthur resident Jeremy Lang, 47, the experience in Walker County was positive.

“Everyone was real nice,” Lang said. “The Red Cross and the military were fantastic. They took care of us. Everyone came together and all helped each other out.

“The shower was a little subpar situation, but in an emergency, you do what you’ve got to do. The food was great. There was plenty of water. There were nurses and all kinds of people on hand.” 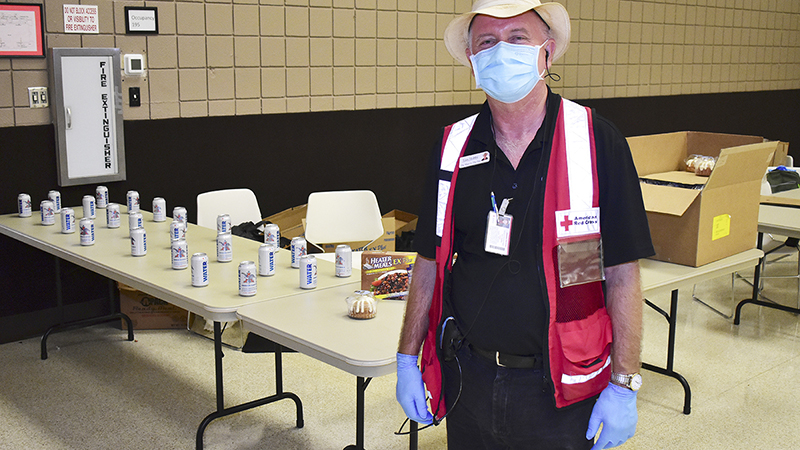 Tom Hobbs of Denver volunteers and passes out water and snacks to returning evacuees at the Bob Bowers Civic Center. (I.C. Murrell/The News) 8-31-20

Nurses from the Port Arthur Health Department were on hand at the civic center upon the evacuees’ return to assess health needs. American Red Cross volunteer Tom Hobbs of Denver passed out snacks and canned water to those who needed them.

Hobbs has been in Port Arthur since Aug. 22 and has been driving an emergency response vehicle in the days since Laura touched down on the coast.

“We’re all neighbors,” Hobbs said. “It just happens that I’m 2,000 miles away as a neighbor. Others came and helped me when there were needs, and it’s an easy way for me to give back through Red Cross. They have a big-enough organization that gets out where the need is, and we have good resources where we can coordinate with neighbors. That gives you a chance as a neighbor to help yourself and still be that great neighbor.”

Hobbs has experienced flash floods and wildfires in Colorado, but he said the damages have not been to the extent Southeast Texas witnessed in past hurricanes. Laura, though, didn’t leave as much wreckage in the Lone Star State as it did next door in Louisiana.

Lang didn’t make the decision to leave Port Arthur until overnight Tuesday, not quite 24 hours after mandatory evacuation notices for all of Jefferson County went into effect. Bartie was the first mayor in the county to call for evacuation. 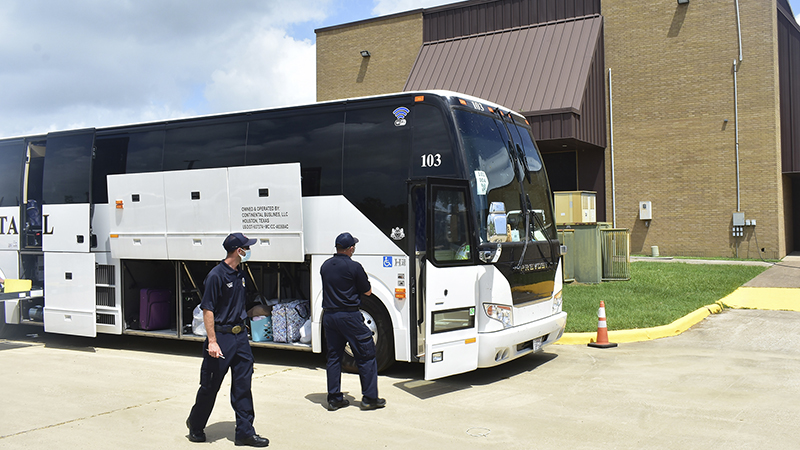 “When it got to a hurricane status 3, that’s when I decided to take off and everybody was calling and telling me I needed to take off,” Lang said. “I left here at about 12 [p.m.] and I got there [in Walker County] at 4.”

Lang found out from a neighbor his electricity was back on by Saturday but had to wait until the buses returned Monday.

Those sent to other shelter locations including Dallas and Houston are expected to return Tuesday.

Jacob Cain, 40, of Port Arthur was hoping for financial assistance during his stay in Huntsville but expressed disappointment that didn’t happen.

“The Red Cross gave out $400 when Harvey hit,” Cain said. “Now, I asked the Red Cross about benefits and stuff like that, and some of them said they’re not doing that.”