Please say a prayer for Port Arthur, Southeast Texas and all in storm’s path 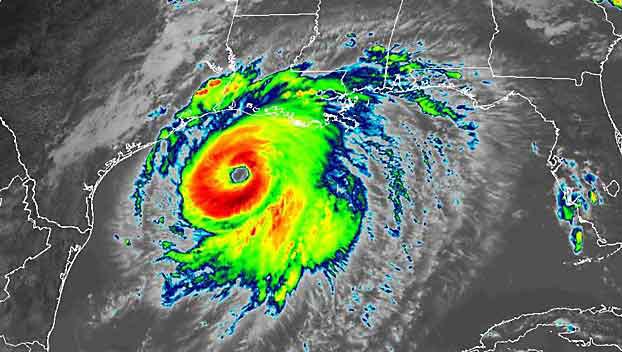 All we can do now is pray. Pray for the safety of those in Hurricane Laura’s path.

Pray that no lives are lost as she roars ashore. In the last few hours, the storm has grown into a monster, a strong Category 4, just shy of a Category 5 storm.

Laura is churning just a few hours away from Southeast Texas Wednesday night in the warm waters of the Gulf of Mexico.

In a few hours, we’ll know what wrath she will bring. It appears Port Arthur may be spared the worst of the possible storm surges that were predicted earlier but make no mistake, the storm is still very dangerous.

The winds are picking up as we write this and conditions are going to continue to deteriorate until the worst of the storm passes in the early morning hours.

For now, we sit, watching, waiting and hoping the storm isn’t as bad as predicted or that she shifts slightly away from us and becomes someone else’s problem.

Earlier, Port Arthur Mayor Thurman Bartie summed it up well as he was asked about people who chose to ride out the storm.

He’s right. And tonight, we all need to pray to God for our collective safety.