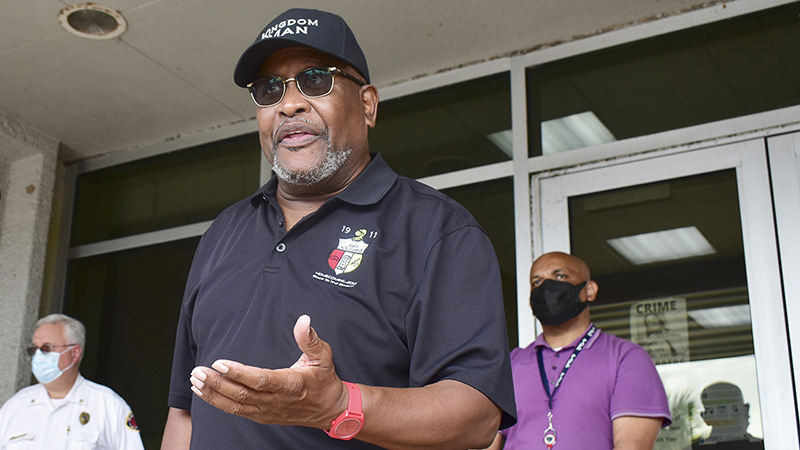 Port Arthur residents had a few more hours of what Mayor Thurman Bartie called “nice weather” remaining before they needed to evacuate ahead of Hurricane Laura’s arrival, he said Tuesday morning (Aug. 25).

Those who will evacuate were asked to report to the Bob Bowers Civic Center before 5 or 6 p.m. that evening and leave their vehicles there to take a bus to shelters in Huntsville.

Bartie asked residents to bring necessities with them for five to six days but also said drivers will not be allowed to follow the buses and expect to be accepted into the Huntsville facilities, which Bartie could not name.

“I don’t want you to wait,” Bartie said.

He gave a news conference at the Port Arthur Police Department station at about 10:30 a.m., 4½ hours after the city’s mandatory evacuation order went into effect and 4 hours after a similar order covering all of Jefferson County began.

More than 200 riders were processed and transported to Huntsville, Bartie said. Huntsville was the only planned destination.

“The bad thing is that we only have 200, but that could be a good thing because that means others have gone, or it could be 200 began within an hour and a half,” Bartie said.

Those who are bused will return to Port Arthur by bus when safe to do so. Bartie had no prediction for when the evacuation orders would be lifted.

“As soon as Laura lets us know when she’s gone and she’s done what she needs to do, we’ll tell you when it will be over,” he said.

Bartie asked those who are leaving by vehicle to drive to points as far north and west as possible. 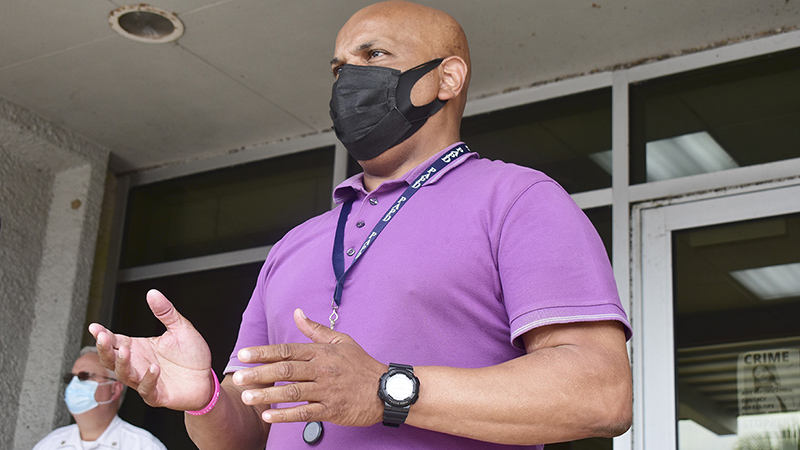 Police Chief Tim Duriso said his force would not expend resources just to cite anyone who did not follow the orders, although violation of the county order calls for a fine of up to $1,000, up to 180 days in jail, or both.

“Where we spend our resources now is trying to help get the citizens out of Port Arthur to a shelter,” Duriso said. “That’s our main focus.”

Port Arthur Police and Texas state troopers, however, are teaming with the local constable’s offices to patrol the city for potential looting, Duriso added.

During the Tuesday news conference, the National Weather Service issued hurricane and storm surge warnings for the dangers of damaging winds of life-threatening flooding, respectively. These warnings are issued up to 36 hours before hazardous conditions begin.

Bartie expects Hurricane Laura to arrive in Port Arthur by Wednesday evening or Thursday morning, similar to NWS forecasts. The storm surge forecast increased to 9 to 13 feet above ground level for coastal areas.

Rainfall of 5 to 10 inches with locally 15 inches will cause flooded roads, the NWS predicts. It adds water rescues will likely be required if people are on the road and stay in the area.

“Probably beginning [Wednesday] evening, when we get tropical storm force winds here and it becomes unsafe for any vehicle to be on the road,” Havens said.

For those who are going to say, 9-1-1 will be unavailable by about noon Wednesday.

“What we cannot do, and as mayor what I will not do, is put any of these people in harm’s way just because of a person deciding they weren’t going to leave and they’re going to ride it out,” Bartie said. “I have no problem with that. Just know it’s going to be between you and God.”