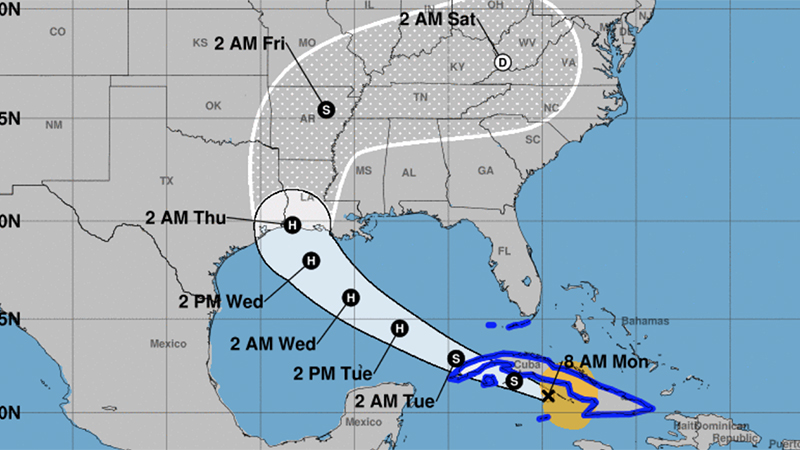 As of 7 a.m. Sunday, the center of Tropical Storm Laura was located 205 miles (330 km) east-southeast of the Isle of Youth. It’s moving toward the northwest and is forecast to make U.S. landfall by Wednesday.

Maximum sustained winds are near 65 mph with higher gusts.

Tropical-storm-force winds extend outward up to 175 miles from the center. Gradual strengthening is expected, and Laura is forecast to become a hurricane by early Tuesday.

From late Wednesday into Friday, Laura is expected to produce rainfall of 5 to 10 inches, with isolated maximum amounts of 15 inches across portions of the west-central U.S. Gulf Coast near the Texas and Louisiana border north into portions of the lower Mississippi Valley.

This rainfall could cause widespread flash and urban flooding, small streams to overflow their banks, and the possibility of some minor river flooding across this region.