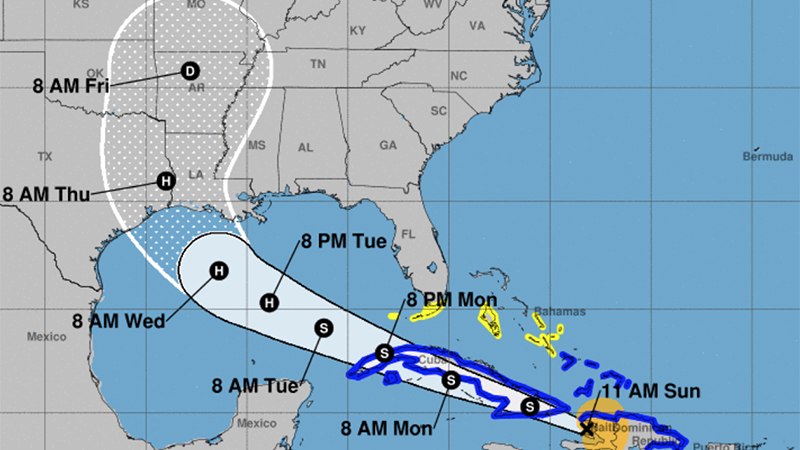 The threat of loss of life and severe damage to property led to the move.

The Governor also announced that he has issued a state disaster declaration and has requested an Emergency Declaration from President Trump and FEMA for Public Assistance Category B (Emergency Protective Measures), Direct Federal Assistance, and Hazard Mitigation statewide.

Weather forecasters say the greater threat to Southeast Texas appears to coming from Laura and not Marco.

During a 10:30 a.m. Sunday update, Laura’s forecast has shifted west – and stronger.

After landfall in southeast Louisiana Monday, Marco’s forecast shows it moving west across south central Louisiana as a tropical storm early Tuesday, before weakening to a tropical depression in southwest Louisiana and Southeast Texas Tuesday afternoon and Tuesday night. 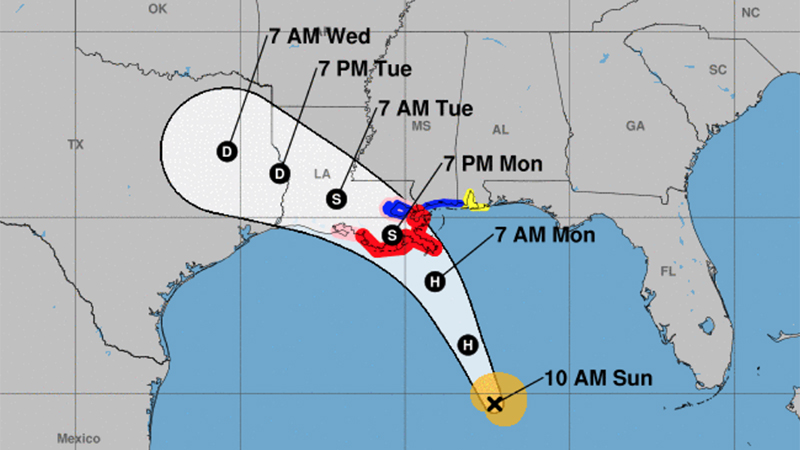 These are the forecasted weather impacts from Marco:

The timing would be in the late Monday-early Tuesday time frame.

Storm Surge: Water 2 to 4 ft above ground level is possible for the Louisiana coast, in the late Monday-Tuesday time frame.

Rainfall: Depending on where the rain bands form, local amounts of 2 to 4 inches are possible Tuesday.

These are the forecasted weather impacts from Laura:

Winds: Hurricane force winds will be possible across the region starting late Wednesday and continuing Thursday.

The City of Port Arthur is providing sandbags and sand Sunday (Aug. 23) at the Bob Bowers Civic Center.

The Center is located at 3401 Cultural Center Drive in Port Arthur.

The giveaway is open until 5 p.m. Sunday.

Bring your own shovel, and maintaining social distancing and wearing a mask is required.