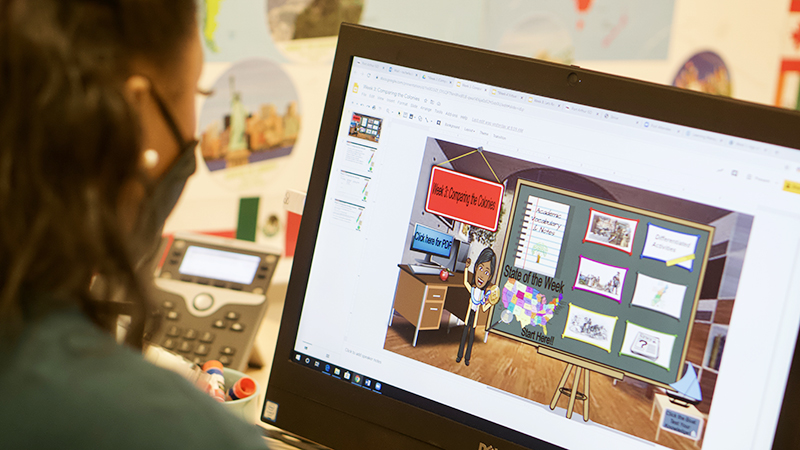 School districts around Southeast Texas are starting school one of three ways, synchronous, asynchronous or face-to-face, and the Mid- and South County region is seeing a mixture of all choices.

Two-thirds of those districts are already in school.

“At some point, we hope they are all back in class with what we call traditional instruction,” Lovett said. “No. 1, because it’s the best option and No. 2, because that means the worst of the pandemic has passed.”

“It’s gone pretty well,” he said. “In the words of Bridge City’s Todd Lintzen, ‘It’s going as well as they could of hoped.’ I’ve talked to a dozen superintendents in a day. They’ve universally said that their kids are ready to be back. I haven’t heard of anyone being dragged through the front door kicking and screaming. This isn’t even an exaggeration, it’s just been largely positive.”

How long can schools stay virtual?

“If a school chooses to start virtual only, a school can be virtual from their start date up to eight weeks,” Lovett said. “For example, a Region V school starting on Sept. 8, the latest date, wouldn’t have students on campus till early November.”

Are there any changes in state testing?

“There are no changes in what’s required in curriculum, teaching or testing,” Lovett answered. “The only thing that has changed is that fifth and eight graders will not be required to pass the STAAR test to be promoted, but the school district’s will still be given a grade and a rating at the end of the term.”

“Schools can host extra-curricular activities as of right now, but it is up to the school whether the student has to come to school for face-top-face instruction to participate in those activities,” Lovett said.

How much personal protective equipment is the state distributing to schools?

“Last week we distributed just under a million face masks,” Lovett said. “All of these schools will start out with enough PPE for a couple months. We may not have enough to last the whole year, but everyone will start off with enough protective equipment.”

What about the shortage in device distribution?

“We’ve actually felt the affects of the device shortage, but we have done an incredible amount of work to address it,” Lovett said. “We have put into operation what is called ‘Operation Connectivity,’ where every school in the state who need chrome books, MiFi or tablets will get one. The state has also put in matching funds to help with this purchase.”

Do we have a shortage in teachers?

“There are some teachers, and I don’t have numbers, that just have chosen to retire,” Lovett said. “We all know the demographics of baby boomers and we make up the majority of educators in the state. People have looked at this pandemic and just decide to retire early. That’s had an impact, but I haven’t seen much of that in this region.”