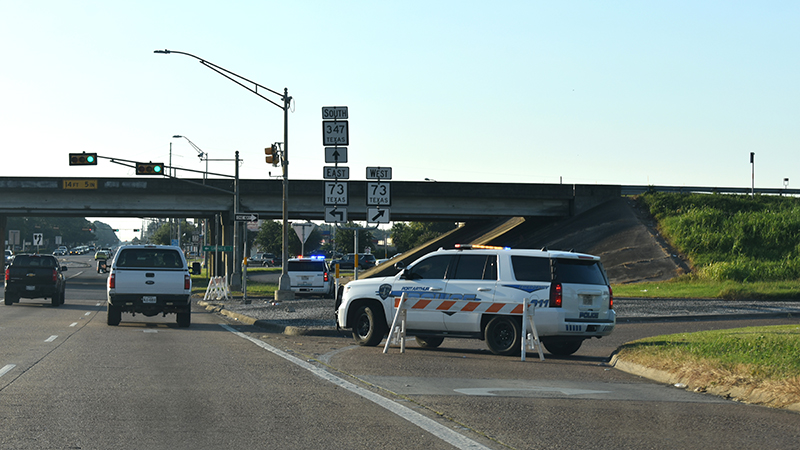 To state the obvious, the highway is a dangerous place for pedestrians.

Two women died in less than five days attempting to cross a highway in Port Arthur.

On Saturday, Alma Tatmon, a transient, died while attempting to cross the southbound lane of the 8800 block of Memorial Boulevard just before 10 p.m. Saturday. An unknown vehicle struck her and left the scene.

Not much is known about the victim except that she was 38 years old. She was wearing a black shirt and pink and black leggings at the time of her death.

We don’t know why she was trying to cross the highway where the concrete barrier is approximately 32 inches tall — instead of opting to walk a short way down the road to the intersection with FM 365.

But the reason for trying to cross the road where she did it is a moot point. What matters is that police have yet to identify the driver or the suspect vehicle in the deadly collision.

The driver, in all likelihood, might not have been cited for the crash since the victim was not in a pedestrian-allowed zone when she was struck.

The Texas Department of Transportation installed sidewalks and pedestrian signals to the area of Memorial and FM 365 in 2008. There is also an ADA accessible sidewalk.

On Wednesday before sunrise, 46-year-old Rachel Derese was killed trying to cross the 3900 block of Texas 73. Officials said Derese was struck by at least two vehicles, possibly three. But in this case the drivers stopped.

Entergy Texas has worked hard of late to restore nearly 556 streetlights in the city in a bid to lighten the roads.

But attempts to cross the busy highway aren’t new.

In 2014, a group of children ranging in age from 10 to 16 were attempting to cross the highway in the 8500 block of Memorial Boulevard when one of them was fatally struck — Tyvone Joseph Washington, 10, of Port Arthur.

The other children made it across safely.

The children had been at Central Mall before trying to cross the busy highway.

There is no easy answer to the issue. People will likely continue to try and cross the highway, for whatever reason, instead of going to a marked, safe spot to cross.

We can only hope those needing to travel on foot do so safely.

Mary Meaux is a news reporter for Port Arthur Newsmedia. She can be reached at mary.meaux@panews.com