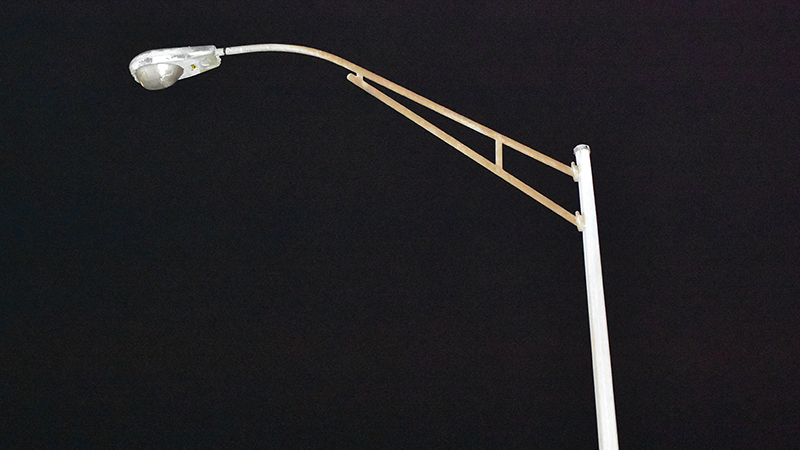 A street light on Memorial Boulevard was dark on July 7. (I.C. Murrell/The News)

All but 17 of Entergy-owned streetlights in Port Arthur have been restored, according to a report to the Port Arthur City Council this week.

Ron Fletcher, Entergy’s customer service manager, said 539 of the 556 lights that city officials requested for repair are now operational. Of the other 17, six of them did not have an existing address, four of them are disconnected due to reconstruction of Sunken Court, two are not owned by Entergy, two others are owned by the Texas Department of Transportation, two did not have a street name listed for them and one could not be located at the address given.

Officials have been concerned with safety issues arising from darkness throughout Port Arthur at night and have pressured Entergy to step up efforts in restoring its lights in recent weeks.

City manager Ron Burton said during a July 21 council meeting Entergy made a “considerable amount of progress,” but also admonished the power company to make sure what he called “the level of outage” in Port Arthur is not greater than that in other cities.

Fletcher also said he received a list of more than 300 other city lights needing repair from just before Tuesday’s council meeting and Entergy was immediately addressing those.

In other city news, Port Arthur’s Complete Count Committee announced Tuesday the city’s response rate to the 2020 Census is lagging behind national and state rates.

Port Arthur’s rate of 48.9 percent is 14.6 percentage points shy of the national rate and 9.7 percent below the pace in Texas.

The committee, along with the U.S. Census Bureau, will host a drive-thru backpack drive and mobile questionnaire assistance at the Pavilion, 500 Procter St., from 10 a.m.-2 p.m. Saturday.

Drivers are asked to line up starting at 10 a.m.

To register for the backpack drive, visit tinyurl.com/y47cg5r9 and sign up by Friday.

The 2020 Census directly impacts how billions of federal funding is allocated locally for the next 10 years for programs such as disaster relief, education, housing, WIC, Medicaid/Medicare and SNAP.