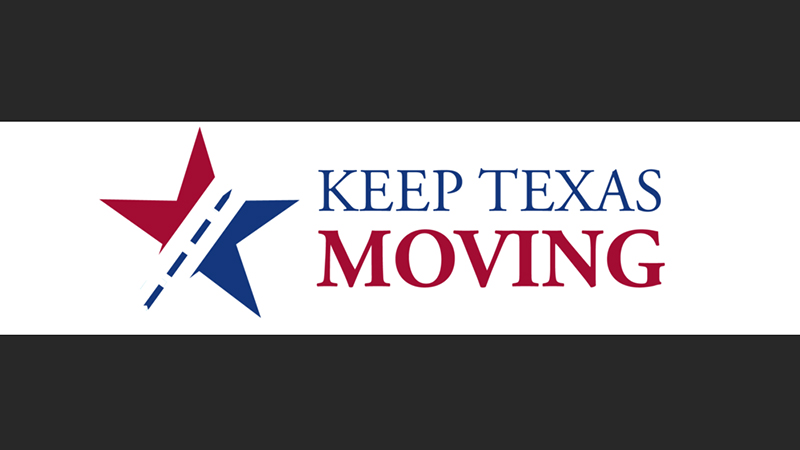 BEAUMONT — In the face of a financial crisis from the coronavirus and falling energy prices, and with transportation needs already outpacing the state budget, Beaumont-area business and community are urging state lawmakers to explore innovative funding sources to build and improve highways and bridges in Texas.

The Texas Association of Business, this week, hosted the regional launch of Keep Texas Moving, a coalition to support innovative infrastructure investment in Texas to spur economic recovery, create jobs and build a better transportation system. The goal is to leave taxpayer dollars available for other essential spending priorities.

Because of COVID-19 and depressed energy prices, all of the Texas Department of Transportation’s primary funding sources are suffering, including oil severance taxes, motor vehicle sales taxes and gasoline tax revenues.

The pandemic hit tax revenues hard across the board, especially those revenues funding TxDOT and transportation. Oil and gas severance taxes flowing into TxDOT’s State Highway Fund are estimated to drop by almost half in the near future, the comptroller said.

“Beaumont and Golden Triangle residents and business leaders know that transportation improvements are critical to our state’s safety, economic opportunities, quality of life and can stimulate job growth and speed our economic recovery from the COVID and energy crises that continue to ravage our entire economy,” said Aaron Cox, senior vice president of the Texas Association of Business. “That’s why it’s time that Texas again look to the private sector, public-private partnerships and solutions like optional toll lanes to address the serious funding shortfall facing our state’s transportation system.

“Allowing private investment for major highway development would offset state revenue losses and could allow available Texas tax dollars to be spent in other critical areas such as Medicaid, public safety and public education.”

Texas voters support these efforts, business leaders said. The Association released the results of a public opinion survey of 502 Texas voters by Morning Consult that found:

When informed about transportation issues:

The survey was conducted by Morning Consult June 1-5 and has a margin of error of plus- or minus-4 percent.

Although TxDOT is not currently authorized to use private financing, Texas lawmakers have embraced these funding sources in the past, including during the early 2000s recession and the 2008 financial crisis, to improve Texas roads at little or no cost to Texas taxpayers.

Prior to 2017, the state authorized the private sector to design, build, manage and maintain billions of dollars’ worth of new highways, creating new jobs and alleviating traffic gridlock for hundreds of thousands of Texas motorists across the state.

Texas’ growth and need for better infrastructure is well documented. According to demographic and census data:

Cox noted that Texas leaders have gone above and beyond to identify and implement new transportation resources in recent years.

However, the need is still outstripping available funding, Cox said, noting that the current 10-year state transportation budget would need to nearly double by 2050 to keep pace with population projections.

According to recent Texas reports:

“TAB’s Keep Texas Moving coalition is all about fixing Texas roads and creating jobs while harnessing the power of the private sector to help pay for needed transportation improvements,” Cox concluded.