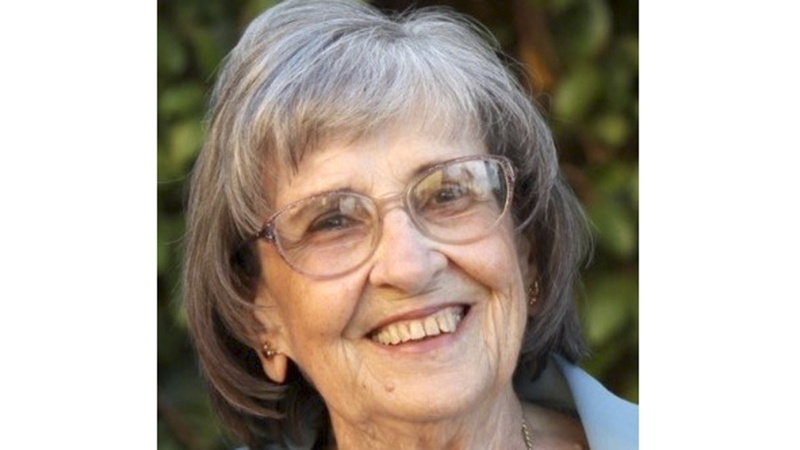 She was born to Abe and Florence Walker in the West Texas oilfield town of Wink.

The family moved to Odessa, Texas, where she graduated from high school in 1946 before heading off to college at Abilene Christian College, earning her Bachelor’s degree in Elementary Education.

While there, she met her love, Herman Horn.

After graduation and his completion of service in the Army, they were married in Odessa, Texas, in 1952.

Herman and Jean moved to Port Arthur, Texas, where he took a job with Gulf Oil and she taught kindergarten.

Soon Herman and Jean purchased their first home in Port Neches, Texas, just down the road.

Jean is the mother of four, Stephen, Elizabeth, Hollis and Carol, all born between August of 1955 and January of 1960.

Jean had to put the career track on hold to raise a family.

Herman was transferred to Houston just after the last child was born.

The family arrived in their new home just before Hurricane Carla, a major storm, blew through Houston. Welcome home!!

Twelve years later, the kids firmly established in their schools, the husband continuing his career with Gulf Oil, Jean earned a Master of Education degree at the University of Houston and began the continuation of her education career, teaching in the Alief ISD in Houston.

Later, at Sharpstown Christian School she established the kindergarten curriculum, and then returned to Alief Elementary for several years before retiring.

Jean was a dedicated Christian all her life.

She taught her children the value of Christian charity, “adopting” struggling families, and offering assistance in food, school supplies, and clothes.

She was a Sunday School teacher, a Cub Scout Den Mother, and an Avon Lady.

She joined The Sojourners missionary group, traveling throughout the United States and the world, providing assistance to churches and youth homes.

Jean moved to San Marcos in 1997 after Herman’s passing.

She served as a substitute teacher in the San Marcos and Hays ISDs.

She became an active member of the Holland Street Church of Christ.

She was an active member of the San Marcos Toastmasters Club with her new beau, Melvin Whittington.

Jean was preceded in death by her parents Abe and Florence, her sister Rita, her husband Herman, and Melvin Whittington.

Memorial donations may be made to Central Texas Children’s Home in Buda, or to the Glaucoma Research Foundation, San Francisco.

Services will be held at Holland Street Church of Christ, San Marcos, on Saturday, August 22nd, at 2 pm, and will be available for viewing on Facebook Live, https://www.facebook.com/HSCOCSM/. Plans for a Celebration of Life will be announced at a later date.