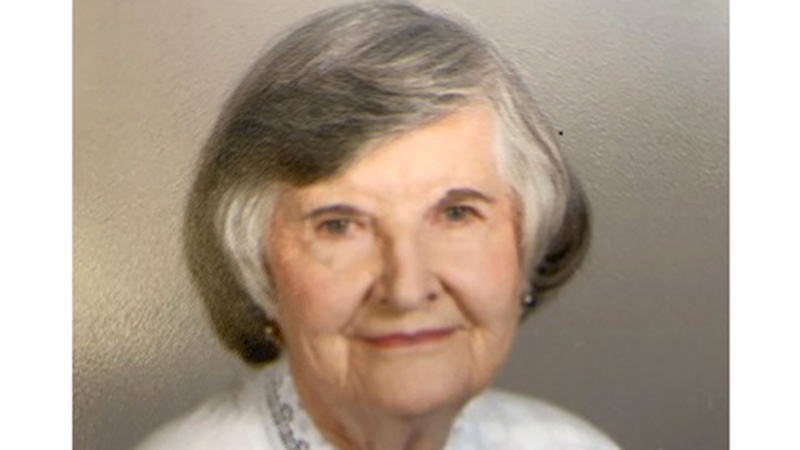 Ruth was born in Lawrence County, Illinois on February 6, 1930 to Roy Brown and Elizabeth Fry Brown.

Visitation for family and friends will be held from 5:00 pm to 7:00 pm Friday, August 21, 2020 at Levingston Funeral Home in Port Neches.

After the funeral service in Port Neches, Ruth will return home to Lawrenceville, Illinois.

Visitation for family and friends in Lawrenceville will be held from 5:00 pm to 7:00 pm Wednesday, August 26, 2020 at Emmons Macey Steffey Funeral Home.

Funeral services will be held at 10:00 am, Thursday, August 27, 2020 at the funeral home, followed by a graveside service at the Centerville Cemetery in Lawrence County, Illinois.

Ruth was preceded in death by her husband of 59 years, Troy G. Reynolds, who passed September 20, 2019 and is interned in the
Centerville Cemetery.

Ruth spent her entire youth in Lawrence County, enjoying being surrounded by loving family on the family farm.

She attended a single room, country school on route 2 through 8th grade.

Upon graduation, she accepted a job at Cochran Insurance where she worked for five years.

In 1952 she obtained an opportunity to work at the Texaco refinery in Lawrenceville.

She was employed by Texaco for eight (8) years.

It was while working at Texaco she met her loving husband Troy Gladney Reynolds.

She left the employ of Texaco to focus on the needs of her home and husband.

They spent the first four and a half years of their life together living in Lawrenceville.

Their first home was a small garage apartment.

In 1962 they needed more room as their family was expanding.

With impending arrival of a child, they moved to the corner of 8th Street and Dubois.

The next three years she spent living in Lawrenceville surrounded by lifetime friends and loving family.

In 1965, she faced the greatest challenge, thus far.

Opportunity called, and she and Troy and their toddler set off to California.

The first time she had lived away from the comfort and known surroundings of family and friends.

They spent ten (10) years in California enjoying all that the west coast had to offer.

In 1974, once again, she was called upon to relocate her household and family.  This time, to Baton Rouge, Louisiana.

They spent two wonderful years in Louisiana, before their final move to Port Neches, Texas, where she and Troy built a home that would be where they resided together for the next 43 years.

Through out her life, Ruth enjoyed, reading, painting, traveling, and had a passion for flower gardening.

She dedicated her life to the well being of her family and friends she held most dear.

Ruth had the opportunity in life to travel and see many places and enjoy many things.

But to her what was always most dear, was family and home.

She is at peace now, and the final leg of her journey in this life is to return home, be near all the things she knew so well in her youth, and to rest eternally at the side of her beloved husband.