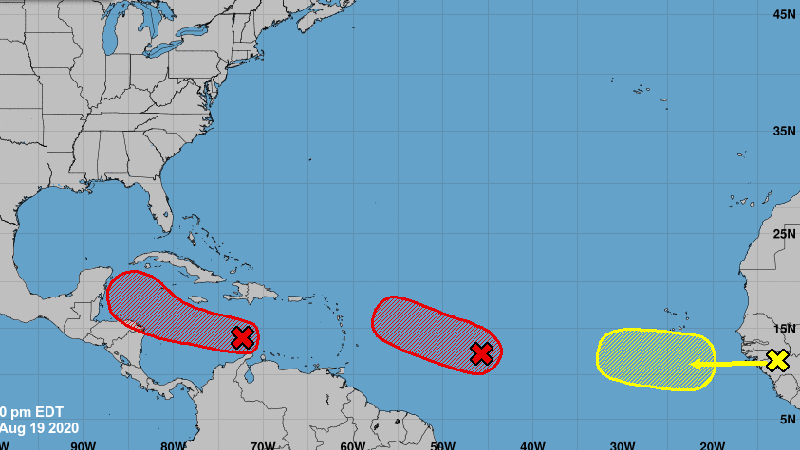 The first one is in the eastern Caribbean Sea, according to the National Weather Service.

It is slowly getting more organized, and it has a 80 percent chance for development this weekend into next week.

It could be in the southern Gulf of Mexico by early next week and may be a threat to Texas, Warning Coordination Meteorologist Roger Erickson said.

The second one is in the Atlantic, a 1,000 miles east of the Caribbean.

It has become better organized and it has a 90 percent chance for development. It has the potential to reach the Gulf of Mexico next week and could be a threat to anyone on the northern Gulf coast.

The third one is getting ready to move off the coast of Africa and travel west across the Atlantic.

It has a 30 percent chance for development.

It is much too early to know if this poses a threat to the Gulf of Mexico, Erickson said.