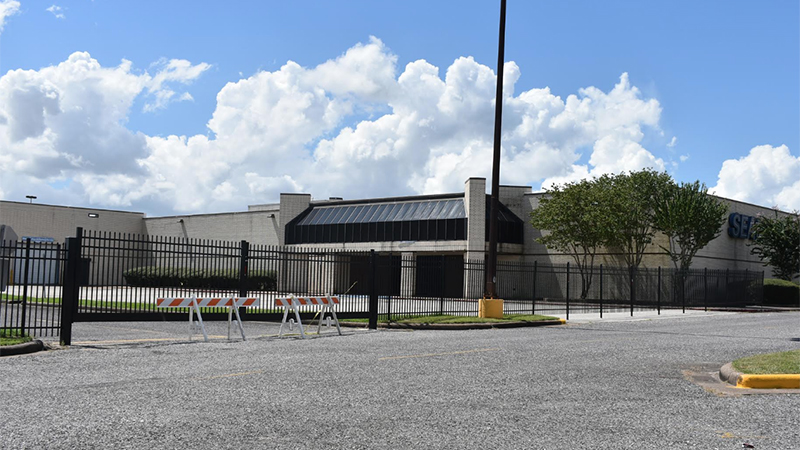 A parking lot shuttle system is being set up at Central Mall near the old Sears site.

A wrought iron fence making a wide berth around the former Sears parking lot at Central Mall has led to social media speculation and curiosity from many.

The Port Arthur store closed last year and was one of 80 that closed nationwide with the company’s bankruptcy.

Across several different Facebook groups came the question of what is going on at the old Sears location. Guesses include the space being a lay down yard for a refinery and a new business coming in.

Benjie Pinell, Central Mall manager, confirmed the area around Sears would be used for shuttle bus parking for refinery overflow and expansion. He didn’t state which refinery.

So far there are no plans for the interior of the former Sears store.

As for the movie theater, B&B Theaters are doing a major renovation to completely modernize the entire theater complex, Pinell said.