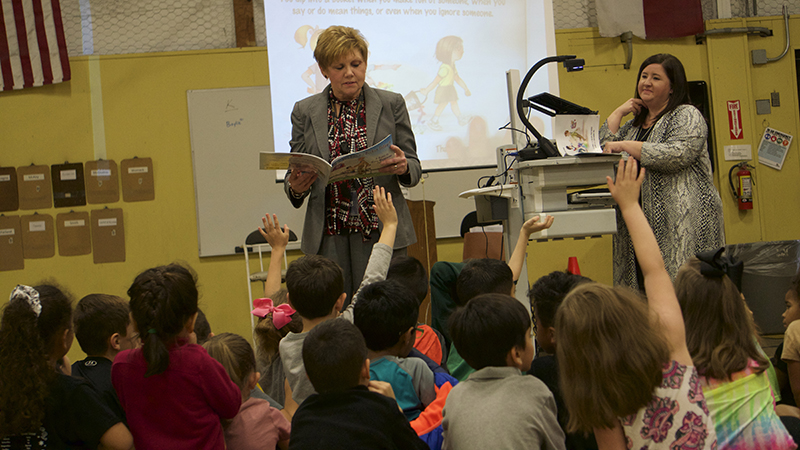 Our community, and most importantly, our children were better because of the impact of Dr. Robin Perez.

The stalwart superintendent of the Nederland Independent School District passed away last week following a battle with cancer.

Having only arrived to the region in June 2019, my interactions with Perez were limited but, nonetheless, memorable.

I remember meeting her in the summer of 2019 at her office along with key staff members for an informal hello and “get-to-know-you” session.

She was professional and prepared. She controlled the room and seemed like a person who expected and received your best effort.

A few weeks later, we actually shared an elevator ride and parking lot conversation inside and outside the Jefferson County Courthouse in Beaumont.

We had each heard a presentation from the district attorney of Calcasieu Parish in Louisiana about a diversion program for at-risk youth.

Perez was all business after the presentation, and our conversation focused on her questions in response to the program’s push to expand to Jefferson County.

Even though she had just heard about the effort, her focus demonstrated how she was both an observer of the big picture and also one of the individual child.

That is what you want in a leader responsible for a district of more than 5,000 students and approximately 600 employees.

Her plate was usually full but there wasn’t a single thing ignored.

When we talked last it was June 10, just a few weeks ago. She was announcing her resignation in front of the NISD Board of Trustees the next day and was gracious enough to give me a good bit of time in reflection of her decision.

She asked that I hold off publishing anything until after the school board meeting and, in return, answered all my questions about as openly as any one person could be.

In fact it was me who asked if some of our exchanges should stay “off the record” because they were going above and beyond what a public figure should have to disclose. She agreed, and I honored our agreement. Perez was honest with me, and I was forced to be honest back.

I don’t say that in a coerced or pressured way. She just had a way of interacting in a passionate, to-the-point and above board fashion that I and many others respected.

“It was very difficult” she told me about her decision to retire from the school district. “I deliberated a long time. When I first went to the doctor, our very first meeting, he told me then, ‘you need to retire.’ I’ve always been able to overcome, so I just kind of ignored him and kept going on to work. There was one time he made a call to my house, talked to my husband and said ‘she really needs to listen. She needs to resign and retire.’ I have been doing this 38 years, but I love it. It’s really not a job; it’s my passion. Whenever (the doctor) did that I realized this must be pretty serious.”

Imagine that for a second. Perez knew she was sick, but it wasn’t her dwelling point. In fact, for the longest time, it wasn’t even her chief concern.

Instead of spending time with her own family, Dr. Perez spent most of her last months in support of our families.

She wanted the best for the students in Nederland, and because of her sacrifice, local boys and girls were better served.

She will be missed.