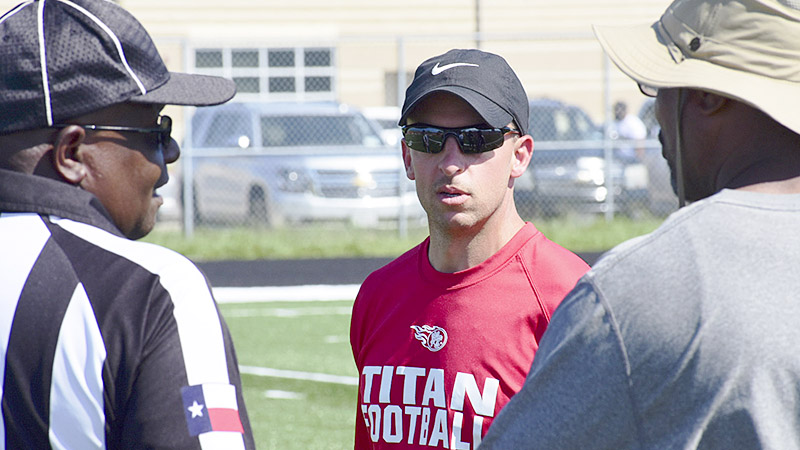 Texas high schools are continuing to hold practices and workouts for their sports programs, even as several announcements were made last week of college conferences canceling or postponing all or most of their fall competitions.

Should coaches be worried that the same might happen to them?

“As far as the colleges go, we were on a call a couple days ago with Dr. Susan Elza, the athletic director at the UIL, and her point reflected that the colleges are facing different sets of challenges than high schools are in regards to football,” Morgan said.

“They’ve got kids living in dorms together and in apartments together. They have come from different parts of the country. They’re just living in a different situation.”

Morgan said Elza assured coaches the decisions made by the college conferences do not impact the decisions of the University Scholastic League when it comes to fall sports.

“That was coming directly from her,” Morgan said. “I’m just not worried at all. The smaller schools started playing, but if something starts happening and outbreaks start happening, then I may get worried. As of right now I just don’t see it. I’m around these kids every day, and I just don’t see it.” 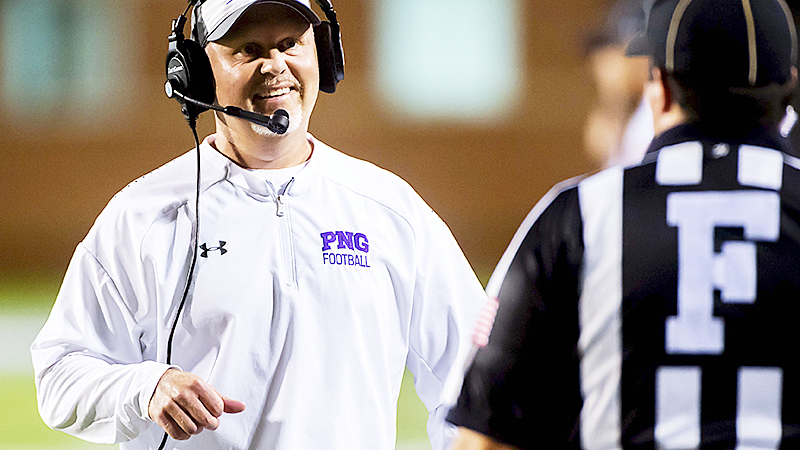 Port Neches-Groves head coach Brandon Faircloth said that, like everything else, he and his team can’t be bogged down worrying about what they can’t control.

“I do not have time to worry about anything except for our team and us having another practice on Monday morning,” Faircloth said. “At this point we can’t live like that. I fully support and have total confidence in the UIL and the THSCA to do what’s best for us and let our kids play.

“We’re going to continue to obey all the protocols and not worry about things we can’t control. I’ll make sure that we go out every day and get better as a football team.”

Faircloth said he’s looking forward to beginning practices in earnest with pads and helmets on Sept. 7.

“I believe that our coaches and trainers have done an awesome job this summer with all the new protocols in place to protect our kids,” he said. “College makes their decisions for whatever reason, but I’m really proud of the Texas high school coaches, all the hard work that we’ve put in to make this season a possibility.”

The recent college decisions may have an impact on recruitment of high school players, though.

Morgan would like to know better how colleges will be handling scholarship eligibility if seasons are postponed until the spring or not played at all.

“Are they going to give those kids an extra year?” he said. “I think there’s a lot of uncertainty on that, because maybe they’re giving a running back an extra year of eligibility but now they’re not signing a running back this spring. I feel good about us playing, but I do worry about the recruitment process.”

Faircloth said recruitment will certainly be different if coaches can’t come to his school and meet players in person.

“It’s a tough world and recruiting colleges can’t get out to see you,” he said. “Hopefully that’ll turn around at least in the spring. Even if you’re still a senior you’ve already played your season so you can put good film together to send to the colleges. We just have to send out film like we always do. We’ll send out probably a little more film since they’re not going to see you in person.”