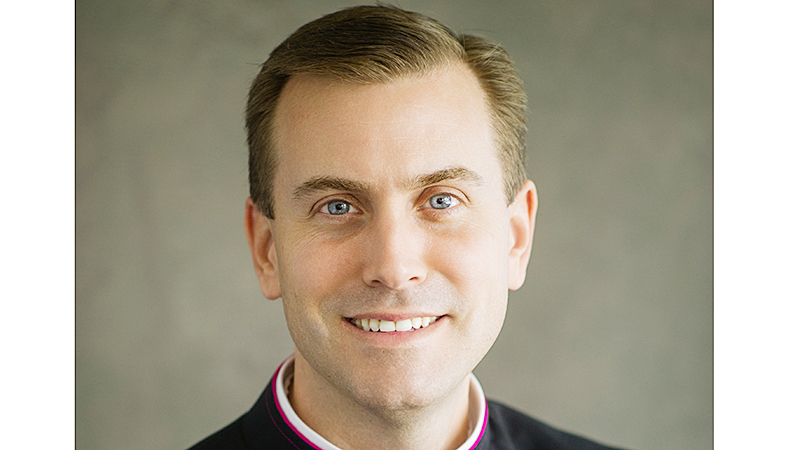 BEAUMONT — Friday marks a special day for the Diocese of Beaumont and the community of Southeast Texas.

On that day, Bishop-elect David Toups will be ordained and installed as the sixth bishop of Beaumont at St. Anthony Cathedral Basilica at 2 p.m.

Bishop-elect Toups will be ordained by his eminence Daniel Cardinal DiNardo, Archbishop of the Archdiocese of Galveston-Houston.

Bishop Curtis Guillory, SVD, of Beaumont and Bishop Edward Burns of Dallas are the co-consecrators.

Because of the ongoing effects of the pandemic, attendance is limited to invited guests only. However, families will have several ways to view the celebration from home including live streams as well as a televised broadcast.

Bishop-elect Toups, who grew up in Houma, Louisiana, was ordained a priest on June 14, 1997, for the Diocese of St. Petersburg, Florida.

He served for several years in Washington with the U.S. Conference of Catholic Bishops and then as Rector/President for St. Vincent de Paul Seminary in Boynton Beach, Florida.

The ordination and installation will be live-streamed on the Diocese of Beaumont YouTube channel.

The Diocese of Beaumont includes nine counties in Southeast Texas and stretches from the Gulf Coast to the Piney Woods.

There are more than 77,000 Catholics in the area. They make up nearly 12 percent of the population.