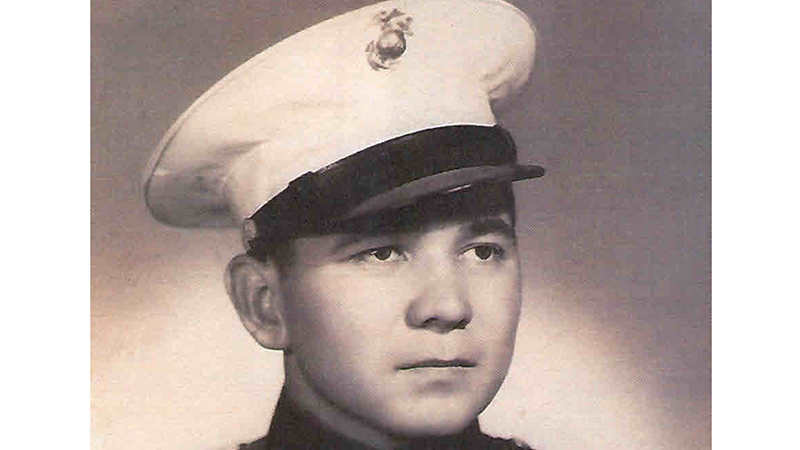 Francisco (Frank) Garcia, 91, a longtime resident of the Groves and Port Arthur areapassed away on August 10, 2020.

He spent his final days surrounded by family.

He was the second oldest of eight brothers and three sisters.

He enlisted in the United States Marine Corps on May 11, 1948 and was part of the Military Police in the Korean War, serving his country proudly with an honorable discharge on May 10, 1952 with the rank of Sergeant.

He worked as a pumper at Fina Oil and Chemical Company in Groves and retired from there in 1992.

He was a gentle soul and will be greatly missed by all who knew him.

He is now resting in peace and heaven has gained an angel.

We will all remember his kindness, his wit, his smile, his laugh, and how he led by example.

His strength and his willingness to always help others will never be forgotten.

Frank was preceded in death by his parents and hiswife Vera.

Two daughters, Adela Swann of Groves and Emelda Ochoa and Roy of Montgomery.

He was also preceded by his brothers, Guadalupe (Lupe) Garcia, Victoriano (Henry) Garcia and George Garcia.

Due to COVID-19, Frank’s family regrets that his service will be for immediate family only.

A graveside service with full Military Honors will be held at Memory Gardens in Nederland on Wednesday, August 19th at 11am.

Arrangements were entrusted to Clayton-Thompson Funeral Home in Groves, TX.

Those family members attending the graveside service will be required to wear a mask and practice social distancing due to the COVID-19 crisis.

Floral arrangement deliveries are being accepted by Clayton-Thompson Funeral Home in Groves, before Wednesday morning.