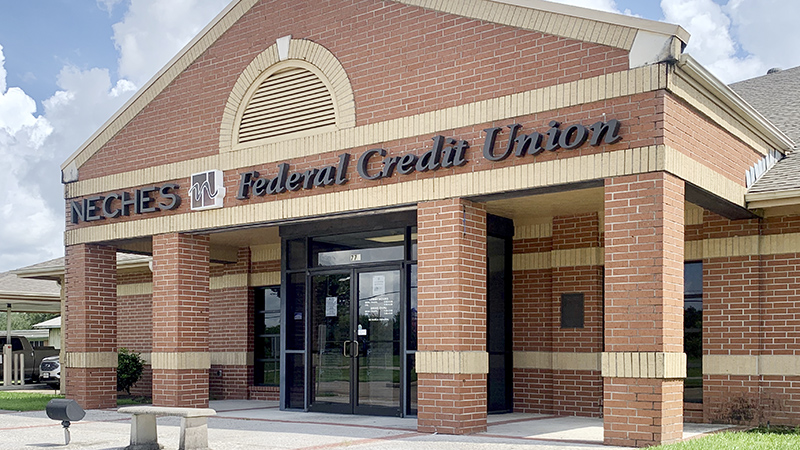 School Board President Scott Bartlett spoke with an NFCU representative regarding the delay in construction on the existing building.

“They were waiting on engineer reports on some of the trusses and that all came back favorable for them, meaning they don’t have to replace them,” he said. 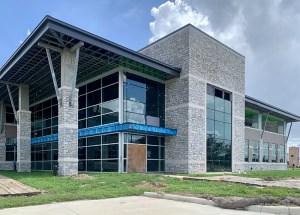 The site of the new Neches FCU administration building on the corner of Magnolia Avenue and Merriman Street is scheduled for completion by early February, late March 2021. (Cassandra Jenkins/The News)

The PNGISD school board tabled the item at a July board meeting pending the contract review by the credit union.

The board voted unanimously this week to finally approve the lease agreement.

Construction is intended to begin in September on the old building. The project is predicted to finish around late February, early March of next year.

“There is nobody that wants to be in that building worse than them,” Bartlett said. “They know we are in a bind, but it was very favorable news because they thought they were going to have to take out some of the engineered beams and stuff like that. That’s not happening.

“We are anticipating to see some progress in September and about six months from start is when they anticipate vacating the old building and moving in to the new one.”

The site of the new PNGISD administration building will replace the current Neches Federal Credit Union located at 766 Magnolia Avenue.

Neches FCU will host its new administration location on the corner of Merriman Street and Magnolia Avenue in Port Neches.

With the demolition of the West Groves Educational Center scheduled for November or December, school board meetings will take place in the LGI room in the high school until further notice.

“With the TPC explosion several things had to be re-thought and put on hold and one of those was our move into the building,” she said. “With the passage of our 2019 Bond we had to vacate the West Groves center, so our offices are spread all over the district. We are ready to be in our new building. We cannot wait to have all of our administrators in one space.”

The current Port Neches-Groves ISD administration building will become the maintenance office after the move into the new building.