Sharks low on football numbers but confident more are coming 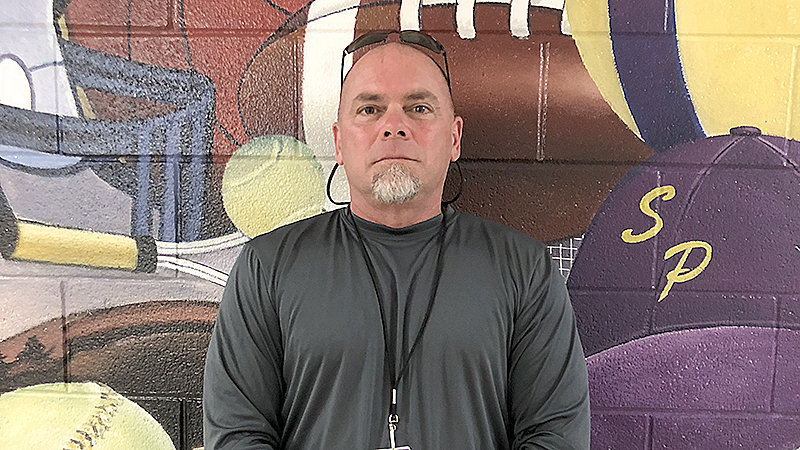 The Sharks aren’t immune to the affects of COVID-19 down in Sabine Pass, but their early struggles aren’t unfamiliar.

With nine football players attending workouts and practicing as of Aug. 6, the Sharks certainly need more players, especially since the team rejoined District 12-2A Division II after struggling with participation the past couple of years. All expectations are that players will come with the start of the school year.

“A lot of our kids are transfer kids. It’s hard for parents to work and drop them off for the summer,” head coach Jason Thibodeaux said. “When school starts they have to bring them and we only pick them up at the bridge. So parents will drop them off and we’ll bring them to school. It’s just hard for them to do that during the summer, because a lot of our kids work, helping out the family, and there’s always something, and we don’t hold that against them because that’s more important. Family comes first for us, then the game of football. But once school starts we usually can fill the team.”

Junior Riley Pinell, who was a defensive end during last year’s season, agrees that the low numbers are typical.

“Our numbers are low as of right now, but they flood in as soon as school starts coming in,” Pinell said. “Defensively right now we don’t totally have everyone that usually plays.

“That’s really like last year. We had somewhere around 13. It’s always been a low number that are at our first practices, but as soon as school starts we’ll have all kinds of players coming in.”

Senior wide receiver and quarterback Jeann Vielzuniga also says players will come once the season begins to pick up.

“We’re short on numbers, but that’s been a problem ever since I was in high school, and players start showing up later,” he said. “I think it’ll get better once the season actually starts.”

Thibodeaux said that he understands the reasons some parents might not want their kids to play, given the state of the COVID-19 pandemic.

The pandemic is still a challenging problem to tackle, Thibodeaux admits. Abiding by guidelines set forth by the University Interscholastic League, such as wearing masks, washing hands and keeping distant, is easier to accomplish with nine players but Sabine Pass is committed to doing whatever possible to keep students athletes safe.

“And once we get our kids in, we’ll go full offense and full defense, and we’ll keep them as separated as possible to keep the kids safe,” he said. “It’s going to take every teacher and every coach here to pull this off, but we got into the business to take care of kids.”