Ford Park up for sale; sealed bids for the property due this month 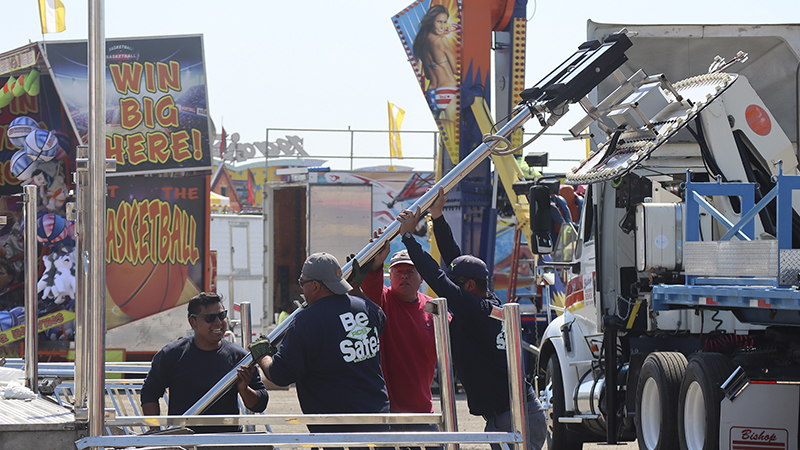 On Tuesday, Jefferson County Commissioners approved specifications for bids for the sale of Ford Park Entertainment Complex in Beaumont and signed an agreement with JLL Valuation & Advisory Services LLC to conduct a physical inspection of the property and provide values.

The vote passed 4-3, with Commissioner Brent Weaver casting a dissenting vote not because he wasn’t in favor of the sale but because he questioned the timeframe.

Weaver, who represents Precinct 2, said Tuesday’s decision was probably one of the most important votes the court has undertaken in a while. He was present as a county employee when the decision was made to build Ford Park years ago.

Weaver wanted to go on the record saying he believed it was time to sell Ford Park in terms of what it could mean to the county’s budget, as well as taking the burden off taxpayers.

However, he said the bid specs and the process should allow more opportunity to go nationwide since the window for bidding is small.

“It reduces the circle in which potential bidders are out there and I know there is a lot of interest out there,” Weaver said. “I feel like, me personally, I want to get the best we can for this potential property.”

Ford Park Entertainment Complex is located on 221-acres and includes an arena, exhibit hall, pavilion, midway and fields on Intestate 10, according its website.

The access from Interstate 10 is a draw for bidders, Weaver said, adding, “Who knows what will happen to gaming in the future?”

The propositions did not list a location for the activities though.

A proponent of the wagering is said to have expressed interest in the purchase of Ford Park.

Pct. 1 Commissioner Eddie Arnold, who voted in favor of the sale, said his stance is usually close to that of Weaver but said he believes there have been enough talks in closed session over the past year.

In addition to the talks, there were also conversations with various vendors and suppliers so they may continue to work with a potential new owner.

The potential savings to the county comes in at $7 million, Arnold said.

Ford Park has been a burden to taxpayers for the past 12 to 15 years, Arnold said, saying the principal and interest are paid down to where bonds can be purchased, thus freeing the county of the cost to the public as well as placing the property on the tax rolls.

“We need to strike while the iron is hot as the old cliché goes, and I heard Commissioner (Michael) Sinegal say the potential for a bird in the hand is better than one in the bush,” Arnold said.

The minimum bid for the Ford Park Entertainment Complex is $20 million, and if sold, would take the cost of maintenance off the county’s shoulders.

Specifications for the invitation for bid may be obtained from the Jefferson County Purchasing website at co.jefferson.tx.us/purchasing or by calling 409-835-8593.