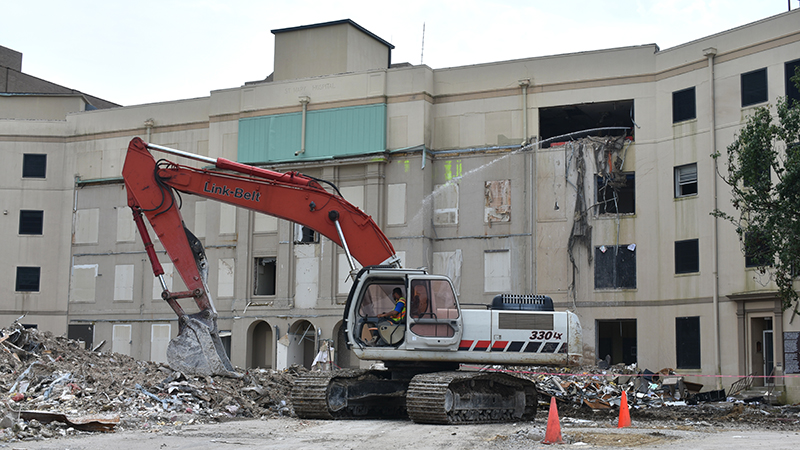 Demolition of Christus St. Mary Hospital is on schedule to be completed by late fall. 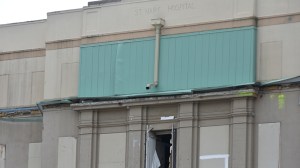 The hospital’s original name is now in full view with the professional office building gone.

Motorists traversing near the 1000 block of Ninth Avenue and Gates Boulevard might have noticed the absence of the professional office building that once jutted out from the original 1930s-era hospital.

Currently abatement and demolition continues to be on track with the targeted timeframe, she added.

Once the demolition is complete, the green space will be donated to the community to reinvigorate the area for the future.

The doors to the hospital officially closed July 18, 2019, ending 89 years of service at the Gates Boulevard location. 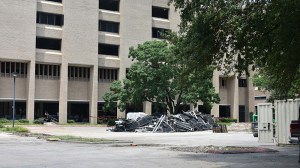 What appears to be window screens and other debris sits in the former parking lot near the front entrance to Christus St. Mary Hospital.

On that day, the last patients were cared for with the emergency room operating up until noon.

The front entrance of the hospital appeared somewhat bare, and someone had drawn a large heart with the words “Ave Maria” in the condensation on one of the large windows.

Officials announced the closure of the 229-bed facility in early June 2019, saying the hospital’s business model was unsustainable after years of declining numbers for the hospital in general and for inpatient care specifically. 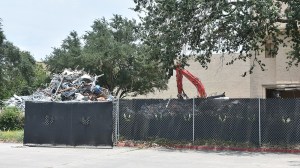 Debris and heavy equipment sit in an area near the newer part of the hospital near a courtyard.