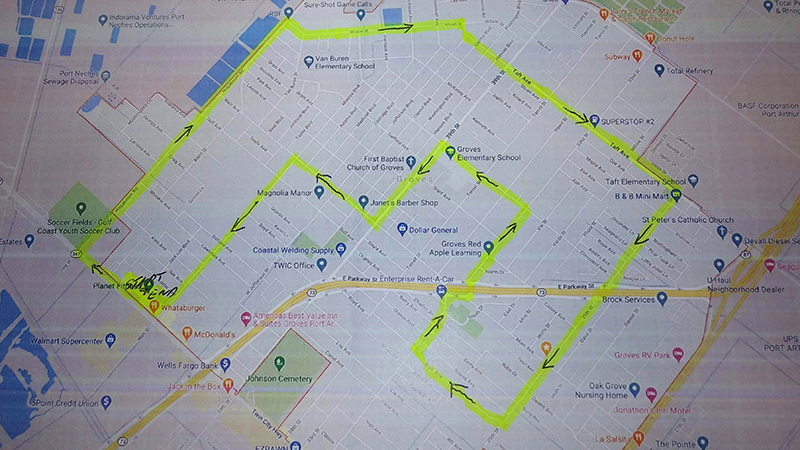 GROVES— A Groves man is heading up an effort to show his appreciation for Groves Police with a parade.

Back the Blue ride will begin at 9 a.m. Saturday beginning at Big Lots parking lot in the 5000 block of Twin City Highway then travel throughout the city, passing the police station and ending back at Big Lot’s parking lot.

Motorcyclist Donald Griffin is asking for supporters to decorate their bikes, trucks, cars and even golf carts with “We Back the Blue.”

While golf cart riders are invited to attend, Griffin would like for those riders to meet at Val Verde church parking lot, 3900 Cleveland Avenue, and join in from there.

“With all of the negativity in the news and everything about people wanting to defund the police and with all of the problems we got going on in the country, I wanted to show our guys in blue and their families that we got their back,” Griffin said.

Griffin believes there will be a good turnout for the parade — he’s had a good response per social media trying to get the word out, and at least one motorcycle club has confirmed they will be there, as well as numerous other citizens around the Golden Triangle.

“For anybody to take time out of their busy schedule and do something like this, it’s special, something we really appreciate,” Reynolds said.