Titans shake off pandemic with experience – “practice has been great” 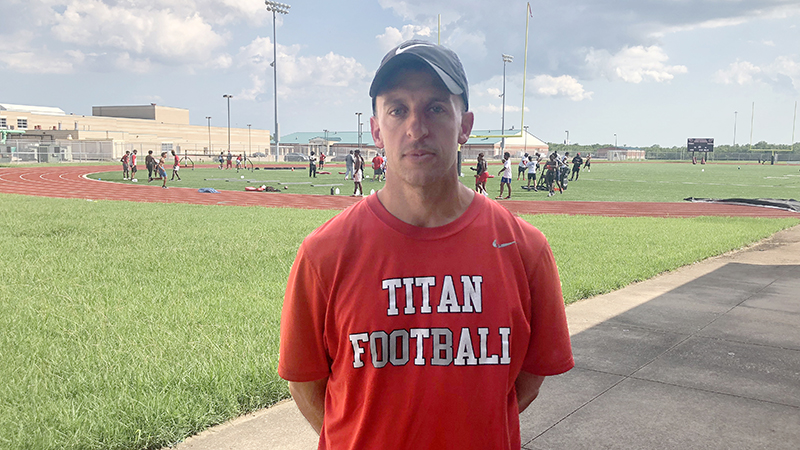 Did the COVID-19 pandemic impact this year’s Memorial High School football team much? Not really, according to players and coaches.

The pandemic denied everyone an offseason, and when summer workouts started back up with new guidelines from the University Interscholastic League, Memorial had to shut down football activity when one player tested positive for the virus.

Since then, Memorial players say the team has come together, possibly better than last year.

“We’re looking good,” senior running back Branden Chaney said. “I’m excited. Everybody is pumped up to get into the first game. We’re kind of sad we didn’t get to play Lancaster for the first game. We were really looking forward to it, because they’re one of the bigger teams, but we’re still going to go out and dominate against PNG.”

Chaney thinks the intense summer heat has been more of a nuisance than the pandemic.

“Practice has been great,” he said. “The heat’s been getting to us a little bit. With COVID ,it’s not much of a problem because we’re still out here and happy about it, but we have to wear masks, of course. I’d probably say the heat is more difficult, especially as we’re conditioning. It’s just hard.”

Head coach Brian Morgan said the Titans are coming out of the pandemic ahead because they are returning many experienced players.

“We were young last year, so we’ve benefited from having all those guys returning,” he said. “I think that’s a good thing for us. I think we benefit compared to some that had to sit out during this pandemic. We didn’t count on spring ball to find new guys because we had a bunch of guys returning.”

Junior quarterback Jah’mar Sanders will be among those returnees. Sanders says the pandemic hasn’t impacted him much either, since he’s been practicing on his own throughout the summer.

“I’ve been coming out here on my own sometimes and getting a few throws up, working on my footwork,” he said. “With COVID nothing really changed for me.”

The pandemic has left its mark on Memorial, though. When the UIL changed schedules, Memorial lost its first opponent, Lancaster. Now the Titans play at Port Neches-Groves to start the season Sept. 25.

While one player tested positive, the rest of the team has remained healthy. Morgan says this has allowed the Titans to keep working through adversity.

“Our kids have worked hard, so we’ve been very fortunate on our end,” he said. “Has it hurt us? Nah, just move on and we have to live with it.”

“It will obviously look different from a fan standpoint and that’s going to be the toughest deal to get used to,” he said. “But you can kind of see things slowly working their way back. You’re going to have to live with it. It’s not going away. We’re going to have to function.”