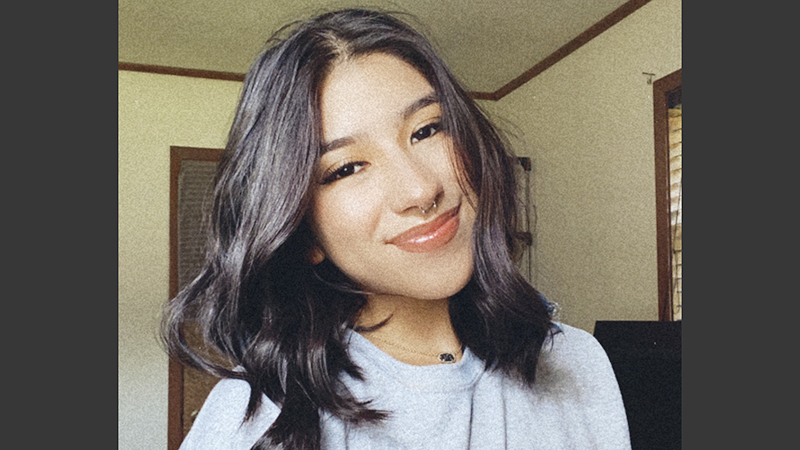 “Honestly, the contest was an assignment for class,” Sanchez said. “But I love movies, so producing one seemed intriguing to me. It was something out of my comfort zone, so being able to place, even in third, it just meant a lot to me.” 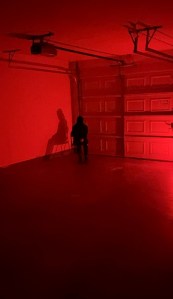 The contest’s theme this year was horror. The film follows an experimental government drug gone wrong.

“Basically, the plot of the film is that this girl was having really bad nightmares,” Sanchez said. “So her husband, who works for the government, made her some tea. But when he was making it, he put liquid in it that made her dreams come true.

“At the end of the movie you find out it was a lab-controlled liquid that the government wanted to test to gain full control of people’s dreams. The horror of it isn’t so much blood and gore, but government control, which is a big thing in the world right now.”

The idea came to Sanchez from her and her sister’s love for conspiracy theories. 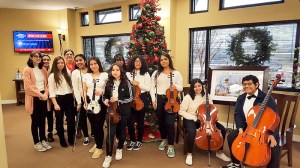 “The government is such a big part of our lives,” she said. “A lot of people don’t understand that. They control so much of our lives that it can be scary.”

Sanchez said the most difficult part of producing the short film was adapting to social distancing guidelines and COVID-19 standards.

She used her own house as a set and family members as cast members.

“My sister and I have a really good relationship,” Sanchez said. “We don’t take each other seriously. We are always laughing at one another. That was one of the hardest things to do was to be completely serious during filming. Also not being able to go out and find props was difficult. We had to use what we had at home. It was difficult, but we had to make use with what he had.”

Sanchez used LED light bulbs found around the house and different rooms within her house, including the garage.

“I messed around with a lot of sounds, too,” she said. “Deep breathing, heavy footsteps, etc., and we used a red light to give that classic horror movie type fee.”

Sanchez’s creativity placed her third on the finalist list behind winner Hanna Le and second-place Payden Furlow and Brennan Lawrence.

Sanchez said she was surprised to hear she had placed.

“It was such a random thing for me and I was very shocked, but it was a lot of fun. A part of me was very nervous and on the fence at first, but I am so glad I did it. I think the outcome was great, and I got to film with my sister. With the coronavirus keeping us all locked up, it really brought us some joy.”

“I was actually going to see a movie at Tinseltown one day and I ran into O’Brien Stanley from the media department at Lamar,” Dailey said. “He asked if I had heard about the competition and sent me the info saying we should join. That was right before spring break and all the students were onboard. Then, of course, the coronavirus happened and a lot dropped out, so we had four students enter.”

Sanchez placed ahead of the other three participants.

“For me, it’s a very exciting thing,” Dailey said. “We did the whole thing during virtual classes going back and forth communicating online. I just find that it’s amazing that we were able to even get these films done, let alone place. When I found out that they all made the top six, and then that Sanchez placed in the top three, I was very proud of them.”

Dailey said Sanchez’s drive to produce a great short film within the three-week timeline was unmatched.

“I found that Sanchez was very good at keeping constant communication, showing me the different depths of her film, showing the editing process, asking questions when she wasn’t sure,” she said. “She did an incredible job.”

Sanchez said placing in the contest helped solidify her decision to join a media or theatre club in college.

Going into her senior year, Sanchez is thinking about majoring in sociology with a minor in human rights.

“Ever since I was young, I’ve always been into feminism and social justice. It means so much to me,” she said. “Sociology focuses on different aspects of those fields so I am super excited about that.”

Sanchez’s top school of choice is the University of Chicago.

She hopes to boost her chances by joining Interact Club, Honor Society and keeping a hold on her position in the top 10 percent next year.

“I want to start a club this year that focuses on helping different movements like the Black Lives Matter movement and to start donating money to those different organizations,” she said. “Growing up in Port Arthur, it’s a very diverse culture and to see people coming together, it’s beautiful thing. I want to see that globally.”