ROSS RAMSEY: Funding for rural broadband in Texas is in trouble. The pandemic might save it.

A state fund used to buttress rural telecommunications and internet services could run out of money before the end of the year, even as Texans’ reliance on those services for medicine, education and commerce balloons. 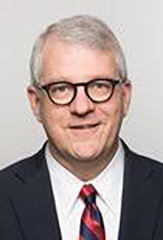 Phone companies and a pack of rural state legislators are asking utility regulators to increase the tax on interstate telecommunications services that fills the Texas Universal Service Fund; a decision could come as early as Thursday. But action has been delayed a couple of times this summer.

“TUSF, the high-cost and small and rural programs in particular, is what has given the opportunity for small and rural telecommunications providers to build and maintain the foundational network platform that allows rural Texas to remain connected. Without it, that network would fail,” state Rep. James White, R-Hillister, wrote to the Public Utility Commission.

“Before, but certainly with the current pandemic crisis, these small rural telecommunications carriers have stepped up to help provide the critical services needed as our citizens face a more ‘online’ environment. The ability to work, learn, and even seek healthcare from home would not be possible without the networks provided with the support of TUSF,” White wrote.

In early June, the PUC staff recommended raising the assessment rate to 6.4% from 3.3%, which would add about a dollar a month to customers’ telephone bills. Blame consumers: The shift from traditional landline phones to internet-based phones has cut into company billings, which in turn cut into the tax proceeds. By March 2019, the PUC staff wrote, the fund was falling short by $5 million to $7 million per month. Their gently worded recommendation was that “an increase in the assessment rate is appropriate to allow for funding of expenditures through August 2021.”

One forecast cited by PUC Chair DeAnn Walker said the fund would go into the red in December.

Bluntly, that means the TUSF won’t make it to the end of the 2020-21 state budget period without some surgery.

The phone companies are on board with the increase, according to their filings. Some, like the members of the Texas Telephone Association, want to switch from a tax on revenues to a tax on the number of lines, and they want to add voice over internet phones to the mix. In its filing, AT&T Texas (among others) recommends increasing the rate to get through the next legislative session, when lawmakers can figure out the future of the fund.

The Texas Cable Association, another trade group, says the PUC should cut the fund’s spending — especially on former rural areas that are now exurban or suburban areas not in need of the help.

The idea in rural Texas was that the hardest-to-reach customers — the most expensive ones — wouldn’t get service at affordable rates and that the fund could subsidize them.

“For instance, in the Texas Panhandle there are four rural telecom providers that serve 42,431 households,” state Rep. Four Price, R-Amarillo, wrote in his letter urging the PUC to raise the rates and preserve the fund. “These four providers also each provide internet connectivity. Their geographic service area is approximately 18,344 square miles; an area larger than nine U.S. states.”

The fund covers about 55% of the state’s area, overall. And longstanding battles over rural access to the same services available in the cities — from phone lines to broadband internet — are getting more attention amid a pandemic that has forced students and teachers, patients and doctors, employees and employers into virtual relationships.

“Connectivity is important across the entire state, but perhaps especially so in rural areas where the digital divide may disproportionately affect rural Texans,” state Rep. Chris Paddie, R-Marshall, wrote to the regulators earlier this month.

Another East Texas lawmaker, state Rep. Travis Clardy, R-Nacogdoches, implored the PUC to keep the fund going until the regular legislative session starts in January. “If further legislative action is required, I am prepared to stand with rural Texans in providing solutions for their connectivity needs,” he wrote. “Unfortunately, if the funding issue is not addressed in the short-term a legislative solution will be too late.”

Even the professionally parsimonious chairman of the tax-writing Ways and Means Committee chimed in.

If the PUC doesn’t keep the fund going, he said, it “would lead to loss of services or loss of access to services at reasonable rates for more than half of the state. No one wishes to increase costs on Texans in any environment, but the shortsighted approach of a small increase in order to guarantee a viable future network is only common sense.”

Ross Ramsey is executive editor and co-founder of The Texas Tribune. He can be contacted at rramsey@texastribune.org or 512-716-8611.