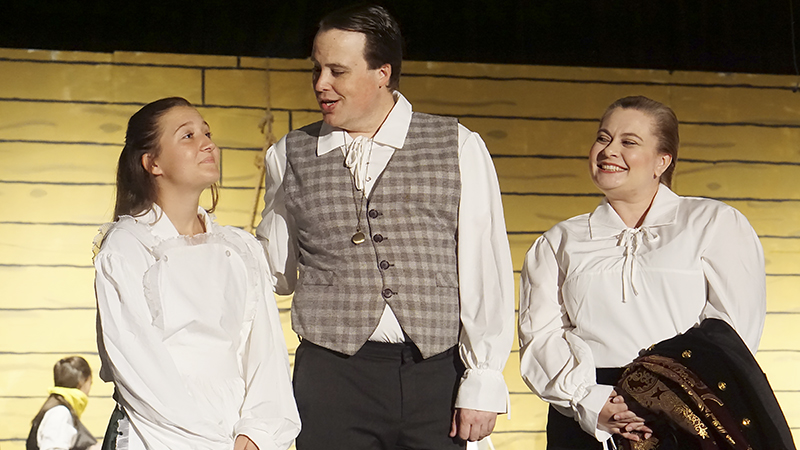 We all know the plotline of Disney’s famous Peter Pan. The 1953 film involves the boy who wouldn’t grow up, a gaggle of swindling lost boys, swash-buckling pirates, faith, trust and a little pixie dust.

But have you ever wondered why Peter didn’t want to grow up? How Captain Hook lost his hand? Or where all the magic came from?

To find out the mystery behind the second star to the right, join the Port Arthur Little Theatre for the showing of “Peter and the Starcatcher.” 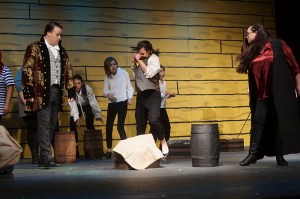 Bill Slank, the vicious captain of The Wasp, cracks a whip to scare the sailors. Cailey Hardy, far right, plays Slank. Many gender roles were bent due to casting restrictions. (Cassandra Jenkins/The News)

Opening weekend show times are Friday and Saturday at 7:30 p.m. with a Sunday matinee at 2:30 p.m. The same schedule and times repeat Aug. 7-9.

“It’s all about this British colony in 1885 and they are sailing to destroy what’s in Queen Victoria’s trunk,” Pletcher said. “What’s actually in the trunk is not the queen’s treasure, but is star stuff. It’s little pieces of stars that can grant the user anything they want.

“The play is centered around these two identical trunks. Slank, who is one of the villain pirates, fills one trunk with sand and the other has star stuff. They pull the big comic switch-a-roo and it’s all about what it entails trying to get that trunk back before it falls into the wrong hands.” 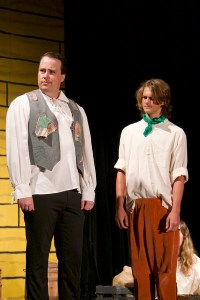 The plotline follows the viewpoint of Molly Aster, daughter of Lord Leonard Aster, and at the end the mother of Wendy.

“It’s all about her relationship to Peter,” Pletcher said. “One of the things I did as a director, and with the costumes, you will notice that (Peter) has the green scarf on and (Molly’s) got the green skirt so it’s leading into Peter Pan’s green costume in the Disney movie before it’s time.”

The audience may also notice other slight innuendoes paying homage to the original story.

“If you look close enough you can see these objects that are from the Disney movie,” Pletcher said. “But you just have to pay attention to what’s happening. It’s little hints here and there.” 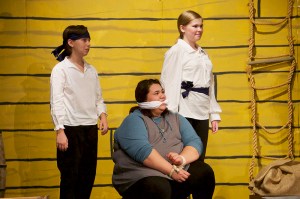 Mack, center, one of Slank’s sailors, is played by Emerald Moreno. He finds himself bound and gagged during the ship’s takeover. (Cassandra Jenkins/The News)

Alongside Peter Pan, the play also tells the background story of other characters.

Before becoming Captain Hook, he was known as The Black Stache, a ruthless pirate captain who captures the British ship holding the trunk of star stuff. 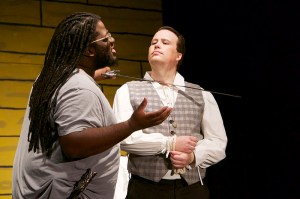 Tevin Henson, left, as The Black Stache, holds a sword to Jon Wallace’s Lord Leonard Aster’s throat, right, in an attempt to persuade him to open the trunk of star stuff. (Cassandra Jenkins/The News)

“It leaves so much room for me to try different things and ham it up a little bit more,” he said. “Plus I get to make people laugh. Even though I’m supposed to be vicious, it’s still a very comedic part.”

For 14-year-old Logan Eymard, playing the boy who turns into Peter Pan is an unforgettable experience.

“It’s interesting because when I got the role I was like, ‘Oh, I’m Peter Pan!’ but then I read the script and thought, ‘This is Peter Pan?’ But I still thought it was very cool that I get to be a character that a lot of people know.”

The Nederland native has been acting for five years. His favorite part of the role is the character arc. 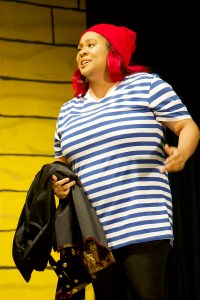 “He starts off as this self-centered, rude boy, basically,” Eymard said. “But he ends up being this outgoing, cheerful person. I think that’s really cool.”

Pletcher said one of the highlights of directing “Peter and the Starcatcher” is the camaraderie and professionalism of the cast.

The diverse casts ranges in age, ethnicity and acting background.

“I couldn’t have asked for a better cast for this show,” she said. “They’ve all worked so well together. It’s been great to see them all grow into their characters.”

The cast has been practicing for this play since February.

“Peter and the Starcatcher” was originally meant to conclude the Port Arthur Little Theatre’s 2019-20 season. Due to COVID-19, it is now the 2020-21 season opener. 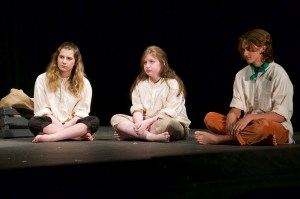 Pletcher encourages everyone to come watch the family-friendly production and see a Disney classic in the making.

“Honestly, I love the story,” she said. “I think everyone can take something away from the show. This show has a really powerful message about growing up and finding home wherever it may be. You will laugh, cry and leave hugging your little ones a little tighter. There is a little something for everyone.”

Tickets are available online at palt.org. General admission is $12. Seniors, teachers and active duty members are $10 and students are $7.

The theatre’s 50 percent capacity is 56 patrons. Temperatures will be taken at the door and masks are required for entry, but not during showtime.