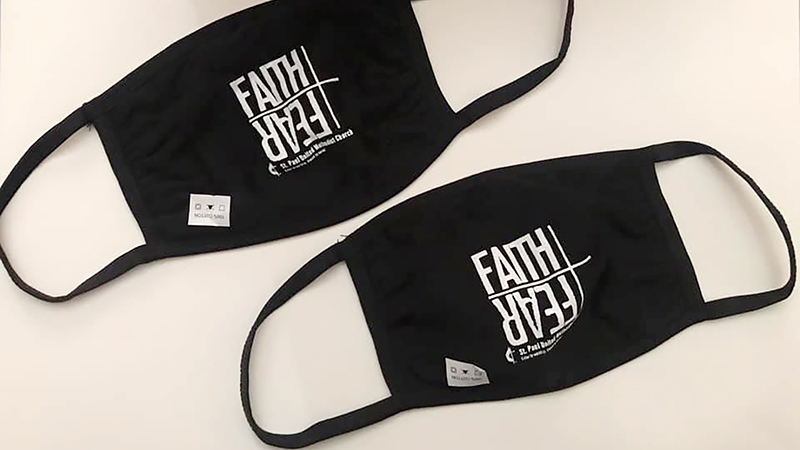 St. Paul United Methodist Church is fundraising through the sale of “Faith Over Fear” facemasks, promoting safety and the strength of God’s love. (Courtesy photo)

The community members at St. Paul United Methodist Church are having none of the “fear” associated with COVID-19, instead focusing their efforts on “faith.”

They cost $10 apiece ($12 if mailed), and funds raised are earmarked for mission work through the United Methodist Church, lay leader Jacqueline Gunner said.

“Faith Over Fear came up from a Bible verse from Deuteronomy that said God would not leave you or forsake you,” she said. “We just felt like the Faith Over Fear, you know what, as long as we do what we need to, we need not fear because God is with us.”

The church received a mask shipment Sunday, and Gunner was out that evening delivering them to people’s homes before they even had an idea she was on her way.

“I would ring the doorbell and they would see in their mail slot, ‘oh, I have a delivery,’” Gunner joked this week.

Those interested in purchasing a mask or contributing to the cause are asked to call the church, 409-985-9977, between 10 a.m. and 2 p.m. Monday through Friday. 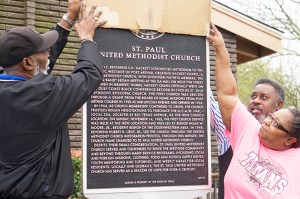 “We’ve been thinking outside the box as far as the lessons to get to our community and parishioners,” Gunner said. “The Faith Over Fear masks came from that.

“We did the prayer drive-by, where our pastor and first lady went by all the parishioners’ homes and did drive-by prayer with them. Then last month we did drive-through prayer, where everyone drove up, got their prayer and drove away.”

“We had all of this hope and optimism for the year,” Gunner said. “Then in March we did our historical marker dedication and the week following we were meeting as a church to shut down because of COVID.

“We’ve been very blessed that no one from our congregation has been impacted by COVID, but some people are scared.”

The church held a commemoration event for its Centennial Marker Celebration March 15.

St. Paul was erected as the first black United Methodist Church in Port Arthur during its construction in 1920. Since its inception the church has undergone integration, name changes, relocation, merges and changes in leadership.

At the time, the Rev. James Berry said the history went back more than 105 years.

“It came through the Great Depression, it came through great struggles and the church has moved twice,” he said in March. “There is even a story that the gentlemen came together and gave a thousand dollars each to make sure that every need was met in the church before vowing to never let it be leveled again.” 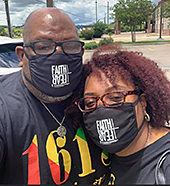