Community quiet the day after 2 teenagers shot in Port Arthur 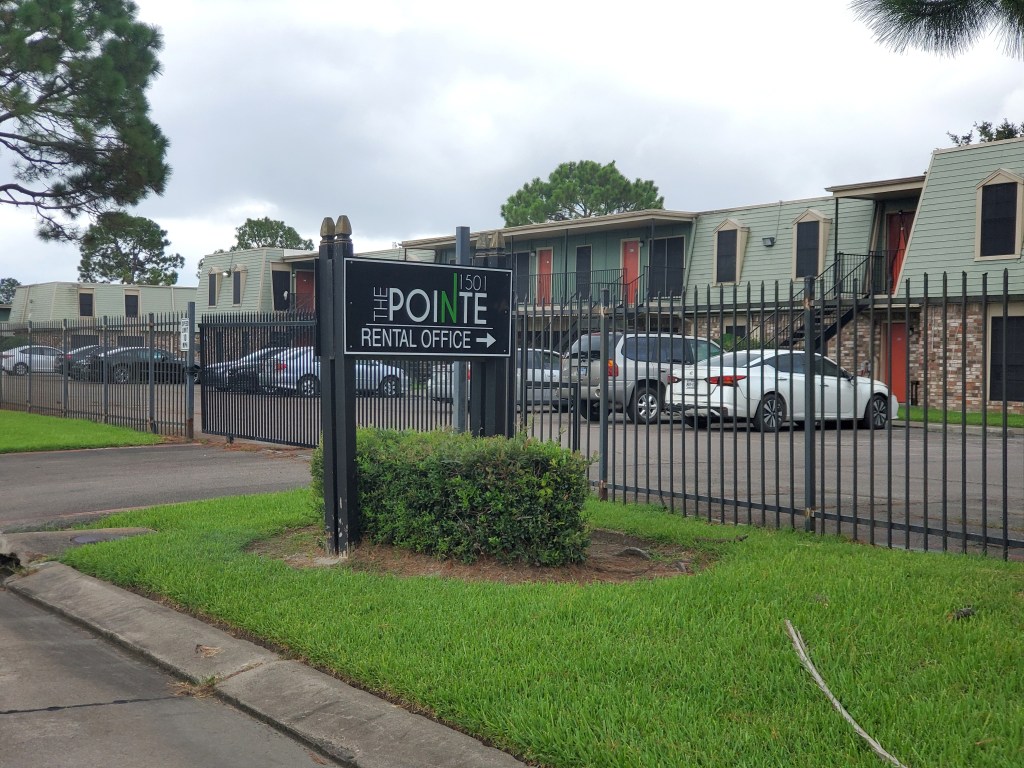 The Pointe Apartment complex in the 1400 block of Poole Avenue was quiet Friday morning, a day after two teenagers were injured during a drive-by shooting. (Mary Meaux/The News)

Port Arthur Police are continuing their search for the shooter or shooters who left two teens with gunshot injuries shortly after midnight Thursday.

Police are calling the teens, ages 15 and 16, innocent bystanders in the drive-by shooting at The Pointe apartments, 1401 Poole Avenue.

PAPD noted a vehicle drove by the complex and fired multiple shots into the parking lot at approximately 12:45 a.m. July 23.

PAPD Chief Tim Duriso said police are not aware of an updated condition on the teens as of Friday by noon.

The complex was quiet Friday morning as a man walked a dog on a leash and a few people sat outside of an apartment unit talking.

A front gate entrance to the complex on Main Avenue was closed, but the gate entrances on the backside on Poole Avenue were open and a few vehicles came and went.

The city has seen some violence this year including four murders that occurred in other areas of the city. Duriso was asked his thoughts on the shooting of two teens.

“It is my and PAPD’s position that we don’t want anybody shot, especially teenagers, and I know detectives are pursuing leads,” Duriso said.

If you have any information on this crime, call the Port Arthur Police Department at 409-983-8600. If you want to remain anonymous, call Crime Stoppers of Southeast Texas at 409-833-TIPS. You won’t be asked your name and you may be eligible for a cash reward. You can also make an anonymous tip to Crime Stoppers by downloading the P3 Tips app on your smartphone.